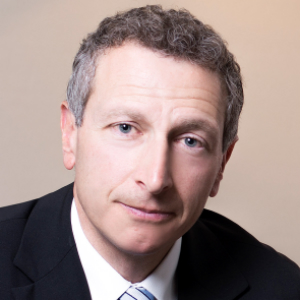 An arbitrator, mediator and barrister with 20 years’ experience has been announced as the next head of 12 Wentworth Selborne Chambers.

Mr Lo Surdo described the leadership of the chambers by the immediate past head as “marked by strength, resilience and a great generosity of spirit”.

“I am delighted and honoured by the appointment,” Mr Lo Surdo said.

Mr Lo Surdo took silk in 2011 and was admitted to the bar in 1996. He is an experienced arbitrator and mediator. Last year he was appointed to the Court of Arbitration for Sport as both a mediator and arbitrator.

Alternative dispute resolution (ADR) services, in Mr Lo Surdo’s view, are set to rise in the years to come. He flagged the rising cost of litigation as one of the reasons for this.

“The uncertainties inherent in that process will further fuel the growth of ADR and, in particular, mediation and arbitration,” Mr Lo Surdo said.

“The 12th floor has been at the forefront of ADR for many years, with a number of our members highly sought after to act as mediators and arbitrators.”

A number of the members of 12 Wentworth Selborne Chambers are accredited mediators. Among its members, there is a total of 17 Queen's counsel and senior counsel.

Mr Lo Surdo is of the view that as the legal profession continues to globalise, there will be a greater need for an independent bar that offers advisory, advocacy and ADR services at reasonable prices. He hopes that individuals, governments and corporations can enjoy, where appropriate, the benefits of the direct briefing of barristers.

“More than ever there will be a need for an independent bar in offering clients superior, robust and cost-effective advisory, advocacy and alternative dispute resolution services, including mediation and arbitration,” Mr Lo Surdo said.

Last Updated: 10 May 2017 Published: 29 November 2016
The Women in Law Awards is the benchmark for excellence, recognising the empowering women influencing the Australian legal profession, celebrating the female leaders, role models and future champions of the industry. Register for the waitlist today for the opportunity to attend this remarkable awards ceremony and network with top legal professionals and fellow peers.
Visit womeninlaw.com.au