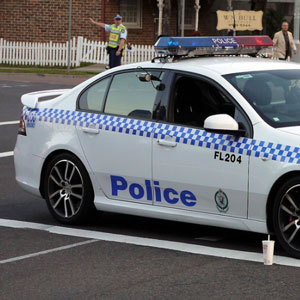 Magistrates in Victoria will be able to hear overnight bail applications on weekends and after hours, following an announcement by the state's Premier.

Victorian premier Daniel Andrews announced a “major shake-up” of the state's bail system following a recent tragedy that saw crowds mowed down by a vehicle in the heart of Melbourne.

Under the changes, sitting magistrates will consider bail applications for people charged with violent offences after hours. The move means that fewer matters will be heard by bail justices, in favour of magistrates.

The man is accused of killing five people and alleged to also be responsible for the injury of more than 30 other innocent bystanders.

Mr Andrews said the new bail arrangements intend to address the “anger and deep sadness” that Victorians are feeling after the Bourke Street tragedy.

“It is very clear that our bail system needs a major shake-up and we are getting the best expert advice to make sure we get this right,” Mr Andrews said.

The Premier added that work with the Magistrates Court to implement the after-hours bail and remand court is already underway. As part of the initial measures, former Supreme Court judge Paul Coghlan is advising the government on additional legislative reforms.

“Justice Coghlan is a well-respected Victorian who will work with relevant authorities to provide detailed options for reform,” Victorian Attorney-General Martin Pakula said.

A statement released by the Premier outlined the remit of Justice Coghlan’s review.

By May the former Supreme Court judge is expected to offer his views on a range of matters, including the current tests of exceptional circumstances, show cause and unacceptable risk, the suitability of adding offences to show cause or exceptional circumstances categories and the conduct of bail applications out of hours, including the role of bail justices.

Last Updated: 10 May 2017 Published: 24 January 2017
The Women in Law Awards is the benchmark for excellence, recognising the empowering women influencing the Australian legal profession, celebrating the female leaders, role models and future champions of the industry. Register for the waitlist today for the opportunity to attend this remarkable awards ceremony and network with top legal professionals and fellow peers.
Visit womeninlaw.com.au