Lawyers launch WA branch in the name of diversity 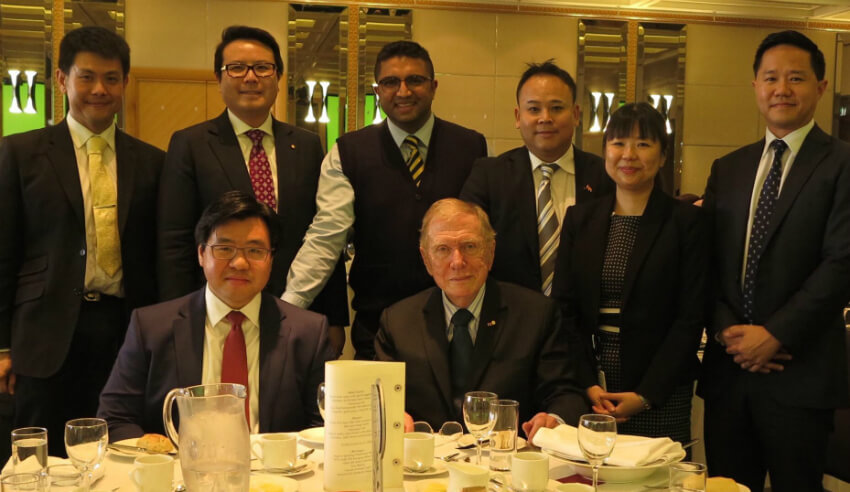 Members of the legal fraternity in WA have celebrated the launch of a new state branch for the Asian Australian Lawyers Association.

While the discussions about diversity and inclusion in law are being held across the profession, the Asian Australian Lawyers Association (AALA) is taking direct action.

The group’s latest development is the launch of a third state branch in Western Australia. The AALA now has branches in WA, Victoria and NSW.

Separately, they discussed the issue of cultural diversity in law and made the case for diversity more generally in the corporate sphere and public life.

Justice Kirby's remarks considered the number of more than 6,000 practitioners on the legal roll in Western Australia and how of the firms with more than 20 lawyers, there were only 12 BigLaw partners of Asian descent in the state. He also noted that there were currently no judges of Asian descent on the WA bench.

The AALA was established in 2013 with the goal of promoting diversity in the legal profession through a range of mentoring, networking and education initiatives.

Law firm Allens is a corporate member of the AALA and is one of many sponsors for the WA branch launch held at the Pan Pacific Hotel in Perth. Last Wednesday the firm sent a tweet that read: “Always a pleasure to hear words of wisdom from the Hon Michael Kirby AC CMG!”

Following the event, the commissioner expressed his delight about being able to participate, sharing a photo on LinkedIn (pictured above) of some of the WA AALA branch committee members with Justice Kirby.

“A great launch of the WA branch of Asian Australian Lawyers in Perth - here with the committee and patron Michael Kirby,” Dr Soutphommasane posted.

WA-based lawyer Peter Le, who is a special counsel for Dentons in Perth, is the president of the new AALA branch. Mr Le also serves as vice president of the WA Vietnam Business Council and is a member of the Elizabeth Quay Rotary.

"The AALA has been looking to set up chapters in each state for a while now. With the launch of the WA branch, the Association is now truly a national organisation," Mr Le said.

"I am passionate about the association because I want to contribute to a more inclusive Australian society. Our judiciary, our partner ranks and leadership roles in the legal profession should reflect the cultural diverse society in which we live," he said.

Mr Le added that WA had an important role to play in building cultural links with the Asian region given its convenient time zone and the wide potential for commercial opportunities.

"The WA branch hopes to continue to promote the objectives of the Association and to continue the dialogue on cultural diversity and inclusion with the legal profession in Western Australia," he said.

Former Governor of WA Malcolm McCusker AC CVO QC was present on the day, alongside leading members of the judiciary. Among the judges showing their support at the launch were judicial representatives from the Supreme Court of Western Australia, Federal Court and Family Court.

Lawyers launch WA branch in the name of diversity