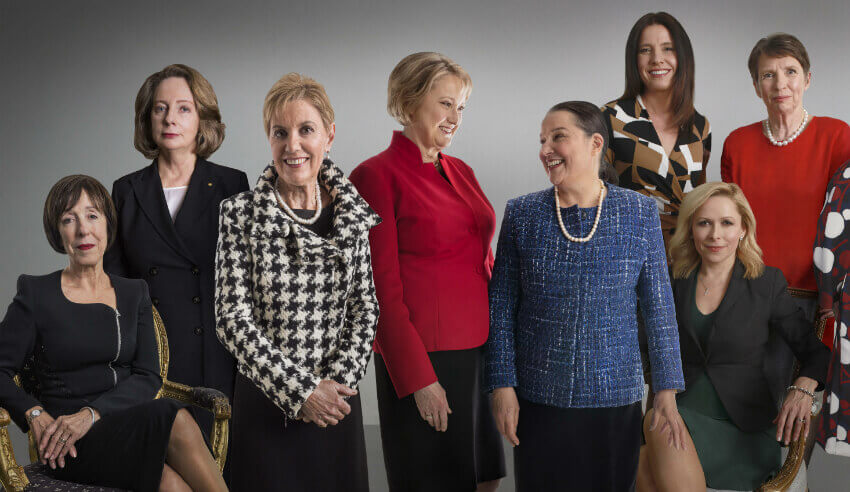 An award-winning photographer has been commissioned to capture 21 of Victoria’s leading women in law for a “Vanity Fair style” composite image.

Photographer Michel Lawrence was engaged by the Law Institute of Victoria (LIV) to shoot and compose the composite image of “21 women leaders in law in the 21st century”.

“This photograph has captured some incredibly talented women with the sharpest legal minds in the nation and will hopefully inspire the next generation of women lawyers to aim for the top and achieve their absolute best in the legal profession,” Mr Lawrence said.

The goal of the photo project was to feature leading women figures in Victoria’s legal system, representing the judiciary, the courts, the crown, government, professional organisations and associations, and law schools.

LIV CEO Nerida Wallace described the photograph of the state’s top women in the legal profession as historic. She said that the photo signified the contribution and advancement of Australian women in law, 112 years since Australia’s first woman lawyer was admitted to practise in Victoria.

At the time of Flos Greig’s admission to the legal profession in 1905, then Chief Justice John Madden described the occasion as “the graceful incoming of a revolution”.

“We took the photograph to acknowledge and celebrate how far women have come since Flos Greig, but it is also recognition of the number of women who have risen to the top in the most demanding of professions,” Ms Wallace said.

The photograph has been used as the cover image for a three-page accordion fold cover in the latest edition of the Law Institute Journal.

The cover page folds out to reveal the other notable Victorian women in law, including president of the Victorian Bar Jennifer Batrouney QC and Law Council of Australia president Fiona McLeod SC.

Ms Wallace noted that the initiative was important to show younger women lawyers the plethora of role models they have to look to. However, she also added that the inspiring example of these trailblazers was not exclusive only to women in the profession.

“Young women lawyers can be inspired and motivated by this photograph, but in reality, so can everybody. Men and women and those from culturally diverse and other backgrounds can be encouraged by it equally,” Ms Wallace said.

According to LIV, women currently outnumber their male peers among graduating cohorts of law students and admission intakes. “The result is their growing population of law’s executive ranks,” LIV said.

The 21 women legal leaders in the group photograph as they appear (L-R) are: