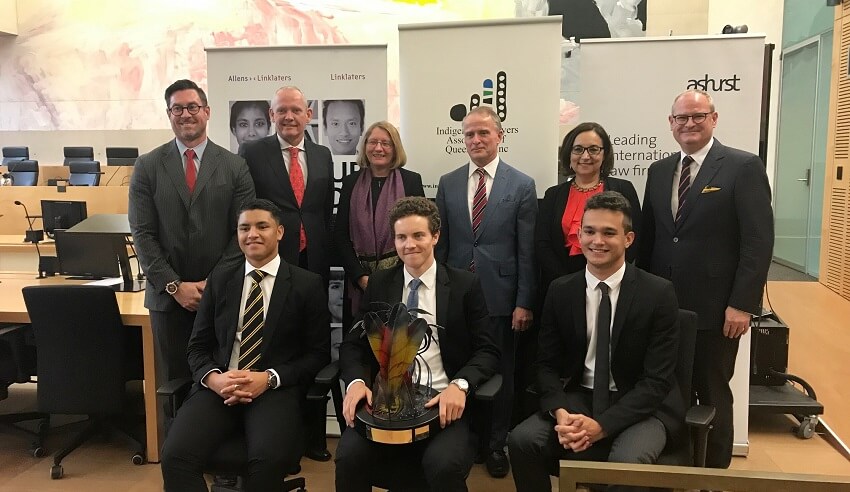 Students from two universities have competed in the third annual Aboriginal and Torres Strait Islander Students’ Moot in Queensland.

Indigenous students from Griffith University and Bond University participated in the moot on 28 July at the Supreme Court of Queensland.

The competition was held by ongoing supporters Allens, Ashurst, North Quarter Lane Chambers and the Indigenous Lawyers Association of Queensland.

During the two rounds of the moot, the students examined a commercial dispute involving a fictional farming and tourism business founded by Indigenous land owners and entrepreneurs in north Queensland, according to a statement from Allens.

Mr Kilcoyne said the competition was a great opportunity for Indigenous law students.

“By going into the courts and having a real crack at what mooting is all about, the Indigenous students’ moot gives us hands-on experience that others might not get the chance to have,” he said.

“The Indigenous students’ moot is one of the best, not only because it’s a great experience, but also because there is an element of support that not many other mooting competitions offer.”

The final moot on 28 July was the culmination of months of work by the students. During this time they attended several workshops and networking events hosted by Ashurst and Allens.

John Hedge, a partner at Allens and the head of the firm’s Brisbane Reconciliation Action Plan committee, said these professional opportunities were invaluable for students.

“The moot is an invaluable opportunity for aspiring lawyers to meet with leaders in the industry and form professional connections that will serve them throughout their careers,” Mr Hedge said.

“Providing hands-on, high-quality legal experience is a practical way for us to provide opportunities for Aboriginal and Torres Strait Islander students, who may not have had access to the same opportunities as their peers, and ultimately encourage diversity in the legal profession and reconciliation.”

The Griffith University team won $250, while runner up Bond University took home $100. Each participant also received a $100 voucher for their university’s bookshop, and will have the opportunity to shadow barristers from North Quarter Lane Chambers.