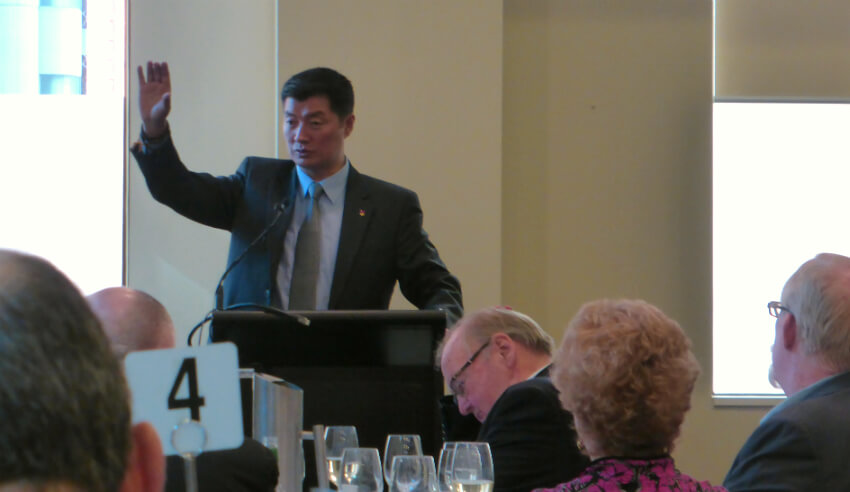 Dr Lobsang Sangay, legal academic and the president of Tibet’s government in exile, has used a visit in Sydney to share his views with Australian lawyers about how to solve the issue of autonomy for Tibetans living in the occupied territory, according to China’s own laws.

The sikyong and leader of the Tibetan Government in Exile, has been received in Sydney by a group of lawyers associated with the International Commission of Jurists (ICJ) Australia at the weekend.

Dr Sangay (pictured) spoke to the group as part of his first engagement on an eight-day stay in Australia, where he will promote the Central Tibetan Administration’s push for an autonomous Tibet within China. He urged Australia to get behind the Middle Way Approach, a policy Dr Sangay described as a “win-win” proposition for both China and Tibet.

“Essentially, what we’re saying is that if the Chinese government implemented their own laws, we would [accept them] as genuine autonomy,” Dr Sangay said.

“The Middle Way Approach has a document called the Memorandum of Genuine Autonomy. Essentially the document is based on Article 4 of the Chinese constitution and Article 12 of the Minority Nationality Act, which grants autonomous arrangement for minorities in general and Tibetans as well.

“What we are saying is, ‘These are the provisions in the Chinese constitution that say what Tibetans are entitled to. That’s your law. Implement that and we’ll take that as autonomy’,” he said.

The Middle Way policy was formulated by His Holiness the Dalai Lama Thekchen Choeling. In addition to being “very moderate and very reasonable”, Dr Sangay noted that any measures made by the Chinese government to improve what he said remained a grim situation for people inside Tibet, would be seen as a positive legacy for the second term of Chinese president Xi Jinping’s government.

The chances of the government of the People’s Republic of China (PRC) meeting Tibet’s exiled president in the middle will remain slim, however, until China decides to engage dialogue with the exiled Tibetan community.

The last time that PRC government representatives met with the group was when the Dalai Lama was still working in a political capacity in 2010. When His Holiness stepped away from his duties as head of the secular Tibetan community about six years ago, an election was held among the Tibetan diaspora to vote-in a president (in exile) or sikyong. Dr Sangay, a legal academic with an LLM and SJD from Harvard University, was picked for the job.

“From 2002 to 2010, envoys of the Dalai Lama, our representatives, did meet with Chinese government representatives and they had nine rounds of dialogues. So all is not lost,” Dr Sangay said.

“The Chinese do talk to us, but there was no breakthrough. What we hope is that [if] the Chinese president Xi Jinping wants to solve the issue of Tibet and leave a major legacy in the world, then [he will see] Tibet is a low-hanging fruit.”

President of ICJ Australia and former NSW Supreme Court judge John Dowd AO QC hosted Dr Lobsang Sangay at the lunch held in his honour. The retired judge and NSW attorney-general from 1988-1991 said that the ICJ had a long association with the Tibetan community and with His Holiness the Dalai Lama.

In his talk, Dr Sangay referenced a number of reports published by the ICJ about the situation in Tibet from as early as the 1960s. China invaded Tibet in 1950 and the Dalai Lama, with some other 80,000 Tibetan refugees, subsequently fled from the country in 1959. The sikyong’s parents were among those who escaped and Lobsang Sangay was born in a refugee camp in Darjeeling, India.

“The International Commission of Jurists published two reports in the 1960s, and then another report in 1998 of which I was part of,” Dr Sangay said.

“The ICJ concluded that Tibet was an independent country and a de facto independent from 1911 to 1951 when Tibet was occupied by China. The report made the case that Tibet was independent because historically it was, according to the definition of a state having a population and government and territory and sovereignty,” he said.

He went on to discuss the suffering of Tibetans presently living under occupation, the strict surveillance that everybody is subject to from the Chinese government using sophisticated biometric ID cards, inhumane interrogation and torture tactics, the use of arbitrary detention to silence peaceful dissenters and attempts to destroy Tibet’s Buddhist centres. The oppression people faced in Tibet had led some to the desperate choice of burning themselves to death, he added.

According to the ICJ, further institutional attempts to replace Tibetan language, culture and religion with learnings from a Chinese perspective are akin to cultural genocide. Dr Sangay said that 60 per cent of the student population at the only university in the Tibetan capital of Lhasa comprised people of Chinese Han ethnicity, and that the Chinese government is pressing for Tibetan history, astrology and religious curricula to be taught in Chinese.

“This is where the ICJ report alleges cultural genocide taking place in Tibet because they want to wipe out Tibetan culture, Tibetan language and Tibetan identity,” Dr Sengay said.

“The [provision of one Chinese law] on language says that not only should Tibetan language be used, but it should be encouraged, and bilingual education should be used. These are [China’s] own laws and what we are saying is ‘Let us use our own language’. But at the moment in Tibetan primary, middle and high school, the curriculum instruction is Chinese,” he said.

Dr Sangay concluded with a call for supporters in Australia to help the healing of all people inside Tibet and those in exile. He said he hoped other nations will follow the lead of the United States White House, which came out in support of the Middle Way Approach in 2014 and 2016 during the Obama administration.

“Barack Obama did not see a conflict between One China and the Middle Way Approach. Hopefully, the Australian government will also support the same proposal,” Dr Sangay said.

“I think more governments, intellectuals, activists and supporters can raise this issue and put a bit of pressure on the Chinese government to support the win-win proposition of the Middle Way Approach,” he said.

“We are worth your friendship because the resilience and the determination and the hardworking nature of the Tibetan people is to be seen.”

At a separate speaking event in the Sydney Opera House on Saturday, the sikyong said that he hoped Australia’s politicians would meet with the Dalai Lama when he visits Canberra next year. Botswana, one of China’s largest trading partners, will be hosting His Holiness for a human rights conference next week.

“Maybe Australia can take a cue from the United States and support the Middle Way Approach, and also the president of Botswana, despite being the largest trading partner of China, who is welcoming His Holiness,” Dr Sangay said.

“We are also hopeful that US president Donald Trump will continue the tradition of meetings between presidents of the United States and His Holiness the Dalai Lama to support the Tibetan issue.”

The sikyong will give another address to the National Press Club in Canberra today. 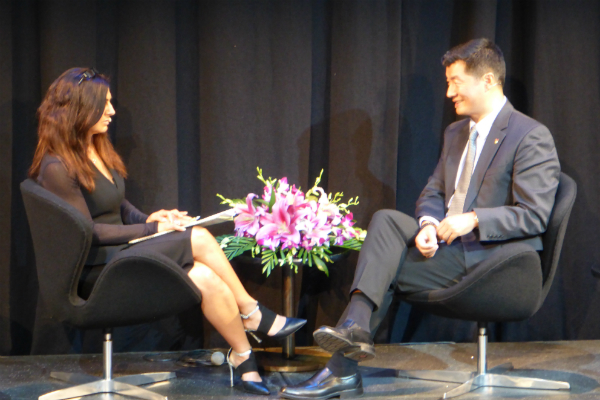 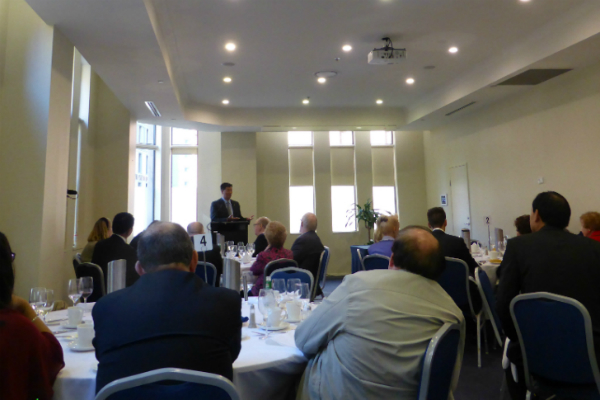 The International Commission of Jurists Australia also hosted the sikyong, president of the Central Tibetan Administration, during his latest visit to Australia.