News that Anne Ferguson will be appointed as the next chief justice of the Supreme Court of Victoria, following the retirement of incumbent Chief Justice Marilyn Warren AC, has been applauded by members of the profession.

Victorian Court of Appeal Justice Anne Ferguson (pictured) has been named as the next person to hold the highest judicial office in Victoria. She will replace Supreme Court Chief Justice Marilyn Warren AC, who retires in October.

Prior to joining the Supreme Court bench in 2010, Justice Ferguson worked as a solicitor and partner at Allens (then known as Allens Arthur Robinson). The insolvency and commercial litigation expert was then appointed to the Court of Appeal in 2014. She will be the first solicitor to have been appointed as Victoria’s top judge and the 12th judge to hold the position.

LIV president Belinda Wilson said that it was pleasing to see solicitors appointed as judicial officers in Victoria, adding: “We are very excited to now have a former solicitor sitting as Chief Justice of the highest court jurisdiction in the state”.

“Her Honour’s formidable intellect, personal work ethic and strength of character have stood her in great stead in her years on the Supreme Court bench,” Ms Wilson said.

Victorian barrister and president of the Australian Bar Association Will Alstergren QC described Justice Ferguson as an “exceptional choice”.

“Justice Ferguson will bring to the role of chief justice of the Supreme Court of Victoria outstanding knowledge and experience in the law, particularly in relation to her excellent work as a trial and appellant judge. Her Honour’s appointment is welcomed with great enthusiasm by the Australian Bar Association,” Mr Alstergren said.

In a statement published on Tuesday, the Judicial College paid tribute to Chief Justice Warren. Speaking of the incumbent chief justice, CEO Samantha Burchell said that Chief Justice Warren’s “authentic and passionate advocacy for learning in the judiciary” would be missed.

Ms Burchell went on to reflect on Chief Justice Warren’s leadership in the area of judicial education as a member of the Judicial College board and said that she looked forward to working with the new top judge in the coming years.

On behalf of the ABA, Mr Alstergren echoed thanks for Marilyn Warren’s 15-year service as Victorian chief justice.

“Chief Justice Warren has been an exemplary leader of Victoria’s highest court. On behalf of the legal profession, I express our profound respect for Her Honour’s leadership of and work in the Supreme Court,” Mr Alstergren said. 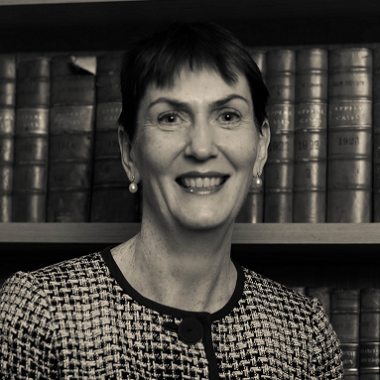