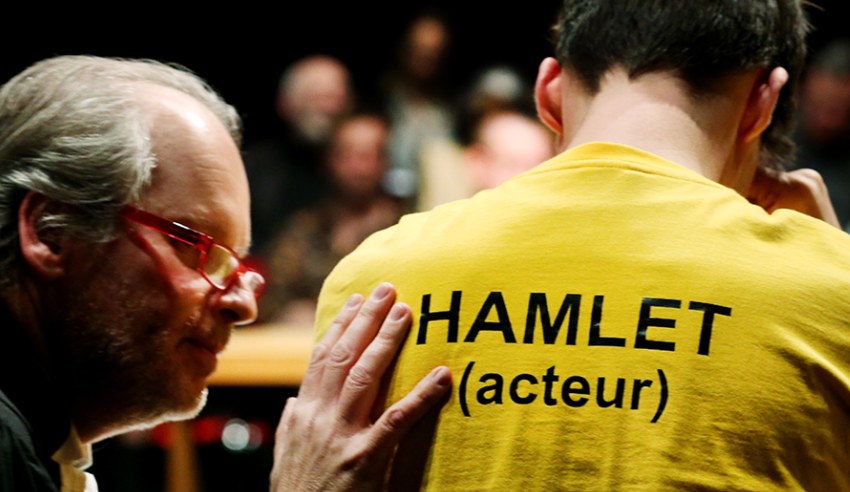 Victorian judges and barristers have performed the unique play Please, Continue (Hamlet) at the Melbourne Festival.

In this courtroom drama, Hamlet is on trial for the murder of Polonius. However, the show bears little resemblance to the Shakespeare classic.

The only professional actors were Hamlet (Chris Ryan), his mother Gertrude (Genevieve Picot) and Ophelia (Jessica Clarke) – the case was handled by real-life judges and barristers from the top echelons of the Victorian legal profession.

Hamlet had a different judge, prosecution, defence and forensic pathologist in each of the five performances, which took place from 5 to 9 October at the Arts Centre Melbourne.

The play, written by Yan Duyvendak and Roger Bernat, is more an exploration of the judicial system than of the original Shakespearean text. The varied outcomes of the trials show that both justice and the truth are much more than black and white, and question the notion of objectivity.

Please, Continue (Hamlet) has been performed over 150 times in Europe. Hamlet was acquitted in approximately half of those performances, according to The Guardian, while in others his sentence has ranged from a couple of months to 15 years.

This variation is partly due to the play’s lack of a script. The players are presented only with an evidence brief put together by the writers, which blends the killing of Polonius with a real murder case.

Before the play, the actors perform the murder scene. This informs their improvised performances in the courtroom, as they are the only ones who know the truth of Hamlet’s guilt or innocence.

The show wouldn’t be complete without some audience participation, and as the Melbourne Festival website says, “in the end it’s a real jury – perhaps including you – who will decide Hamlet’s innocence or guilt”.

In the five Melbourne performances, Hamlet was acquitted four times, with one hung jury.