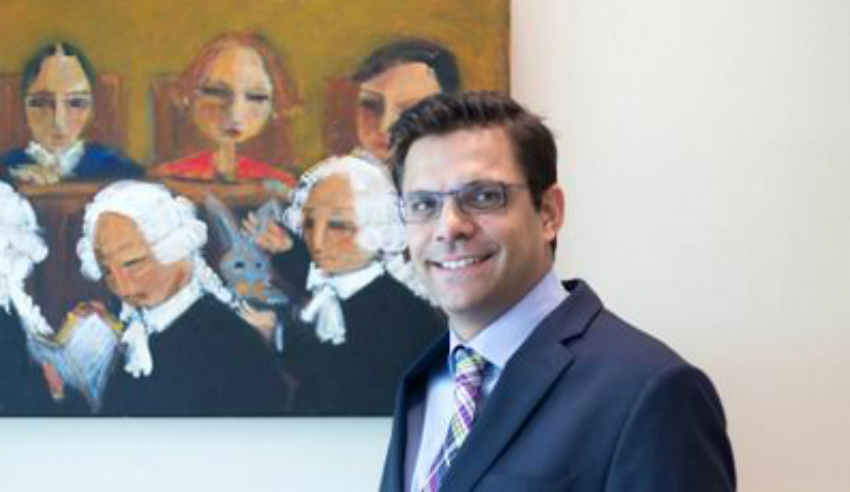 A historic judicial appointment has been made in Queensland, with Nathan Jarro joining the District Court bench.

Queensland barrister Nathan Jarro (pictured) of Clashfern Chambers commences his new role as a District Court judge in Brisbane today. The Ghangulu and Bidjara man will be the state’s first Indigenous judge.

“This is an important appointment for Queensland justice,” Ms D’Ath said.

“Nathan Jarro brings significant litigation experience to the role as a barrister. He initially practised in family and criminal law but has later focused on insurance, administrative, commercial and property law.”

Since 2011, Mr Jarro has held the position of deputy public interest monitor. According to the AG, he has been one of the most senior practising Indigenous lawyers in Queensland for some years.

Mr Jarro came in the bar in 2004, five years after his admission to practise as a solicitor, and obtained his law degree from Queensland University of Technology (QUT).

“And he has a strong history of involvement in his community, as a current board director for the Queensland Theatre company, chair of the QUT Indigenous Education and Employment Consultative Committee, and former board director of the National Indigenous Television LTD (NITV).”

Representation of Australia’s First Nations people among the higher echelons of the legal profession has been slow to realise. The first Indigenous barrister came to the bar 46 years ago, with the admission of Mullanjeiwaka in 1972.

Mr Jarro, who is one of only a handful of Indigenous barristers practising across Australia, has been widely congratulated for his judicial elevation.

President of the Queensland Law Society, Ken Taylor, issued a statement that said he hoped hoped Mr Jarro’s appointment would be the first of many First Nations practitioners to higher judicial office.

“The representation of First Nations people in the judiciary is long overdue and we hope this appointment is the first of many to the higher courts,” Mr Taylor said.

“QLS would encourage both the state and federal governments to continue the advancement of Indigenous Australians to higher judicial office in future appointments.”

He added that Mr Jarro was well respected in the legal profession and was a fine choice to be the state’s first Indigenous judge.

“I would like to congratulate Mr Jarro on his appointment to this important role,’’ Mr Taylor said.

Last year, the QLS launched a Reconciliation Action Plan, which Mr Taylor said focused the society’s attention to address the under-representation of our First Nations people in the legal profession and judiciary.

NSW barrister and Wiri man Tony McAvoy, who was the first Indigenous person to take silk in 2015, recently posted on Facebook, saying:

“Huge congratulations to Nathan Jarro, the Jarro family and the Ghangulu people !!! His appointment as Judge of the District Court of Queensland is a hugely significant moment for First Nations people all over the country. He will be a very good judge bringing his life experiences and western legal knowledge to the judicial process.”