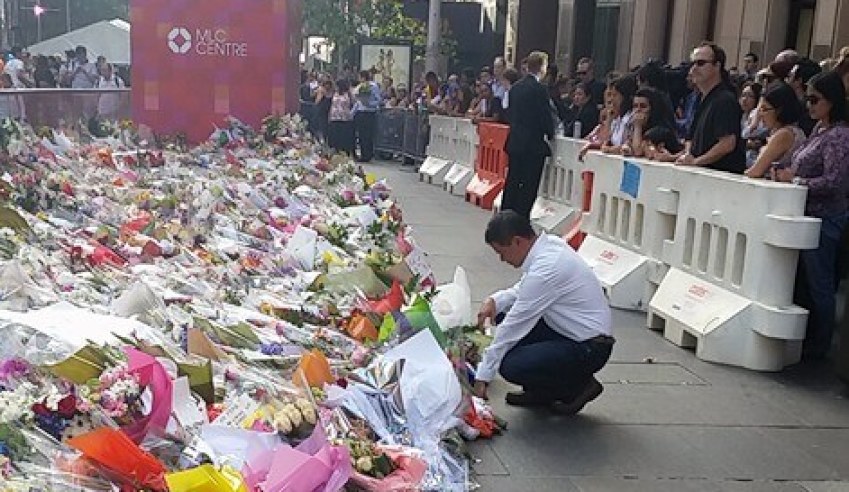 Victims of the Lindt Café siege in late 2014 have been recognised for their valiant actions in this year’s Australian Bravery Decorations.

Barrister and mother of three Katrina Dawson, who was fatally injured by fragments from police bullets during the storming of the Lindt Café in Sydney, was one of 34 people to receive the Bravery Medal, presented by Governor-General Sir Peter Cosgrove.

Ms Dawson had displayed “considerable bravery” during the siege on the 15th and 16th of December 2014, the Governor-General said.

The citation for Ms Dawson’s award, as listed on the Governor-General’s website, said that she had remained calm and composed when interacting with the gunman and in carrying out his demands.

“At one point, it appeared that the offender indicated that Ms Dawson could leave the café. However, without consideration for her own safety, she appealed to, and bargained with, the offender to also release another hostage,” the citation said.

“When he refused, Ms Dawson continued to provide genuine support to other hostages throughout the ordeal.”

Throughout her ordeal, Ms Dawson was said to have provided support to other hostages, including fellow barrister Stefan Balafoutis.

Café manager Tori Johnson, who also tragically perished during the siege, was one of only two recipients of the Star of Courage.

His citation said that he had displayed “conspicuous courage” during the incident.

In addition, a third hostage, Jarrod Morton-Hoffman, who was 19 at the time of the siege, was also honoured with a bravery award.