The war against section 44 and how we can defeat it

Another High Court citizenship decision, another casualty — section 44 is a constitutional crisis that shows no sign of slowing down, writes Arthur Marusevich.

When the High Court sitting as the Court of Disputed Returns unanimously held that Senators Malcolm Roberts, Fiona Nash, Scott Ludlam, Larissa Waters and the Honourable Barnaby Joyce MP were ineligible to be elected, very few anticipated the start of the avalanche.

Recently, section 44 claimed its latest victims. The High Court held that Senator Katy Gallagher was also ineligible to be elected. In light of this decision, four other parliamentarians, who were all British dual citizens at the time of their nomination for the last federal election, were forced to resign.

Considered somewhat anachronic, s44 of the Australian Constitution is essentially designed to disqualify dual citizens from serving as members of parliament. It provides that any person who is a subject or a citizen or entitled to the rights or privileges of a subject or a citizen of a foreign power … shall be incapable of being chosen or of sitting as a senator or a member of the House of Representatives.

Why is section 44 anachronic?

The High Court’s decision in Sykes v Cleary [1992] HCA 60 laid down two important principles of section 44. First, whether an Australian citizen is also a foreign national is not determined by Australian law but by the domestic law of the foreign nation; second, an Australian citizen, who is also a foreign citizen, will not be disqualified from election to parliament if he or she has taken “reasonable steps” to renounce the foreign citizenship.

This interpretation of section 44 was thought to be straightforward criteria until it was put to test more recently. For one, the High Court has now clarified that in taking “reasonable steps” to renounce the foreign citizenship, the renunciation must be made irredeemably.

It is evident, therefore, that section 44 is not only unworkable but almost unnecessary, especially in the context of Australia’s growing multicultural society.

The need for an urgent fix

Each by-election costs around $2 million. Taking into account the last three by-elections and the $11.6 million billed as “legal expenses — constitutional matters” in the 2017 and 2018 Mid-Year Fiscal Outlook, the total cost to the public coffers in relation to the dual citizenship issue is so far around $20 million.

But budget blowouts are only part of the problem.

There is a growing uncertainty surrounding the future of election processes, and indeed, the stability of our democracy. For example, what was originally intended to prevent foreign allegiance, section 44 is now interpreted in a way that seems to outsource the vetting of suspected foreign nationals to the relevant foreign nations. Does this then mean that a foreign government may use section 44 to manipulate elections and destabilise the Federal Parliament?

These impending challenges and uncertainties will only continue to evolve unless section 44 is contained, now.

Can the High Court fix it?

Given the High Court’s strict application of section 44 since the case of Re Wood [1988] HCA 22, an adaptive application in the near future is unexpected. In fact, not only is an adaptive approach unlikely, but close to impossible. This is because in upholding the textual meaning of s44, the High Court is bound to interpret that section within the scope of the section’s intent and purpose.

Otherwise, to allow dual citizens to be elected even if they take “reasonable steps” to renounce their foreign citizenships, would be contrary to the intent and purpose of section 44.

Therefore, the High Court is not the answer to resolving the section 44 problem.

What about a referendum?

Although a referendum would be an ideal solution, currently, it is unlikely to succeed.

Altering the constitution is a complicated process. It involves putting a referendum question to the people, the success of which not only requires a majority of voters across Australia but also a majority of voters across all the states and territories. Without knowing what will replace section 44, or effectively allowing dual citizens to serve as members of parliament — itself a controversial proposition — it is unlikely that Australians will vote “yes” in a referendum.

In my opinion, a good starting point is an informed public discussion. This is an opportunity to educate the public about the challenges posed by section 44 and what can be done to overcome them.

Unless the public understands the sort of a barrier section 44 poses to large sections of Australia’s growing multicultural society from political participation, an effective solution will be a challenge to come up with. 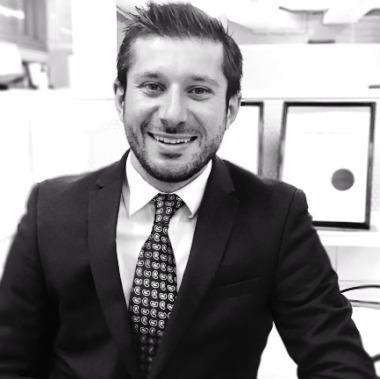 Arthur Marusevich is a lawyer based in Canberra. He uses his five language skills to help people from disadvantaged backgrounds. Having written his first book, Arthur is an aspiring novelist and aims to publish one novel a year.

The war against section 44 and how we can defeat it