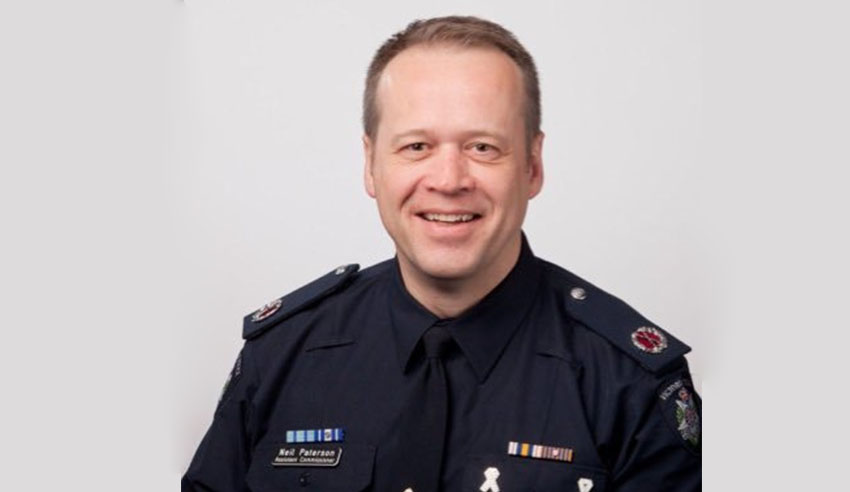 The notorious Melbourne gangland wars in the early 2000s stood out as the most illuminating insight into Ms Gobbo’s dealings with Victoria Police and her instigation as a “human source” in the first two days of the public hearings in the Royal Commission into the Management of Police Informants.

Assistant Commissioner at the Victoria Police Neil John Paterson spent hours on the witness stand, with queries into his knowledge of the workings of the Victorian Police’s attitude towards, and use of human informers, with ample time given to the shedding of some light on Ms Gobbo’s placement in a number of Victorian Police investigations with regard to gangland and criminal activity.

“By reason of the roles that I have had within Victoria Police, I have direct knowledge of only some of the matters set out in this statement”, he conceded early in the 71-page document.

He also noted that “given the 26-year period that this statement covers, the number of members involved over that period and the voluminous body of documentary material, it is not possible for this statement to capture all relevant information in the time that has been given for it to be prepared”.

Of most significance, it would seem, is the period between 2003 and 2009, where Melbourne’s gangland wars and figures were highly active, and highly prolific in media and public discourse.

The ‘Purana Taskforce’ which officially commenced on 12 May 2003, was noted by Mr Paterson as “initially tasked with the investigation of three unsolved homicides, namely those of Dino Dibra, Paul Kallipolitis and Nikolai Radev”.

During ‘Purana Taskforce’, four further murders were committed of persons with significant links to criminal activity, the statement said.

Mr Paterson noted these as the murders of Jason Moran, Pasquale Barbaro, William Thompson and Mark Malia, with all deaths occurring between June and August of that year, with the investigations subsequently incorporated into the work of the ‘Purana Taskforce’.

“After many of the murders bring investigated by the ‘Purana Taskforce’ had occurred, Ms Gobbo claims that she had received specific threats from Carl Williams and Tony Mokbel to make sure than an associate of theirs, Thomas Hentschel, did not co-operate with police following his arrest for murder”, the statement read.

Mr Paterson then noted Ms Gobbo’s suffering of a serious stroke on 24 July 2004, which then required her to undergo heart surgery.

Fast forwarding to 2005, Mr Paterson said Ms Gobbo had recovered sufficiently from her surgery to return to work.

This was around the same time the ‘Purana Taskforce’s’ intelligence unit was undertaking a focused assessment of the Mokbel family’s criminal operations.

Detective Sergeant Bateson, a member of the ‘Purana Taskforce’, has notes recorded from 22 March 2004, Mr Paterson said, that showed he “started having discussions with Ms Gobbo”.

On 19 May 2005, the detective sergeant’s diary records showed he had received a phone call from Ms Gobbo, with Mr Paterson noting “she wanted to speak to him about a confidential matter”.

Mr Paterson’s statement said “she told Detective Sergeant Bateson that, among other matters: (a) those barristers could not be trusted; (b) [redacted] was providing a messaging service between Carl Williams (who was in prison) and people outside of prison, including Tony Mokbel; (c) [redacted] was not using a trust account which was in breach of legislation; (d) [redacted] was living in an apartment owned by Mr Mokbel and he arranged the finance for her car; and (e) [redacted] was owed legal fees”.

He reiterated that “she has stated that she felt she was at a ‘breaking point’ due to the position she found herself in with Mr Mokbel, and she recalls walking to court and hoping she would be hit by a tram or a car”.

Mr Paterson said that at a 16 September 2005 meeting with the police, “Ms Gobbo expressed to the officers that she was very concerned that the fact of her communication with police might be revealed”.

From her own experience as a criminal barrister, Mr Peterson said Ms Gobbo “understood that, in practice, there were two types of human sources”.

The second type, consisting of “those who would be used “purely in the background” to provide intelligence to police that may or may not be acted upon”, is what Mr Peterson said Ms Gobbo understood to be the type of human source she would be.

An application was made that same day to register Ms Gobbo as a human source.

“Thereafter, Ms Gobbo and her handlers began to have daily contact with one another,” he conceded.

While Mr Paterson said that given the frequency of contact, it would not be possible for his statement to cover it all in his statement, however:

“The information Ms Gobbo provided was disseminated to various major police taskforces, including the Purana, Posse Briars and Petra Taskforces, which had targeted criminal syndicates involved in drug trafficking and multiple homicides, including the homicide of human source, Terrence Hodson, and his wife Christine.”

“Ms Gobbo’s interactions with her handlers at the SDU are recorded in more than 5,000 informer contact reports (ICRs) covering the period of her registration as a human source by the SDU in September 2005 to January 2009.”

Day three public hearings of the RCMPI continue today. Follow Lawyers Weekly's live blog to keep on top of all the action.