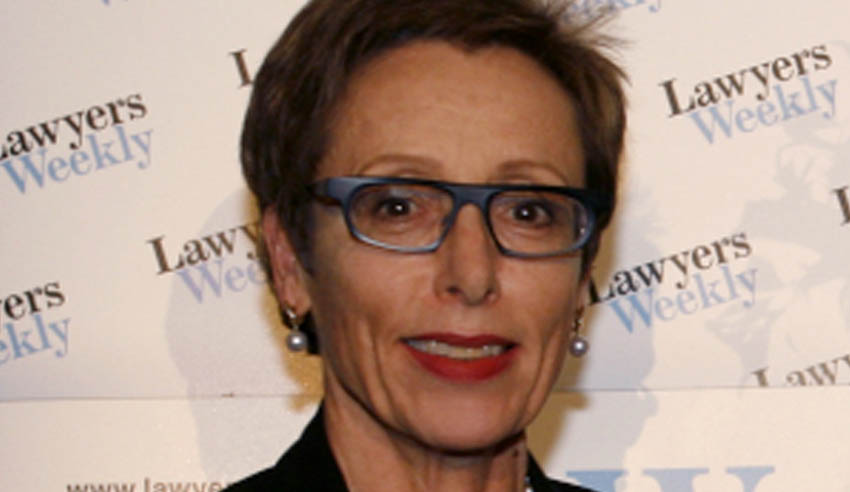 The Council of the Australian Dispute Resolution Advisory Council has appointed a retired NSW Court of Appeal judge as its new chair.

Ruth McColl AO, who served as a judge of the NSW Court of Appeal for almost 16 years, has been appointed as the new chair of ADRAC.

While she was a judge, Ms McColl was the President of the Judicial Conference of Australia for two years, and since her retirement, she has also been appointed a Patron of Justice Connect.

Ms McColl has had a “long-term interest” in alternative dispute resolution, ADRAC noted in a statement.

While at the bar, she served as chair of the NSW Bar Association’s Alternative Dispute Resolution Committee for 4 years. She also undertook mediation training, and both conducted mediations and participated in them representing clients. Ms McColl is also concerned with indigenous justice issues, a concern shared by the council of ADRAC, and intends to seek to pursue those issues as part of ADRAC’s dispute resolution advisory work.

Ms McColl has taken over from Jeremy Gormly SC, who said he was “delighted” for her to follow him in the role.

“The council of ADRAC passed a resolution thanking Mr Gormly for his four years of outstanding work as ADRAC’s chair [and] ADRAC offers its full support to Ruth McColl and looks forward to continuing its work in alternative dispute resolution under her leadership,” it concluded.

Last Updated: 14 May 2019 Published: 15 May 2019
The Women in Law Awards is the benchmark for excellence, recognising the empowering women influencing the Australian legal profession, celebrating the female leaders, role models and future champions of the industry. Register for the waitlist today for the opportunity to attend this remarkable awards ceremony and network with top legal professionals and fellow peers.
Visit womeninlaw.com.au