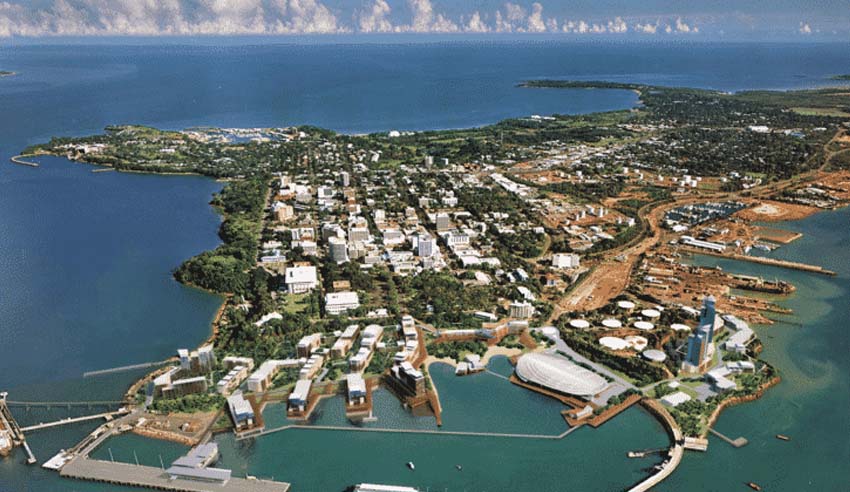 The Darwin Press Club has expressed “vehement opposition” to the introduction of “so-called” closed court reforms in the Northern Territory’s Youth Justice and Related Legislation Amendment Bill 2019 despite legal and advocate support.

The aim of the bill, as per its explanatory statement, is to “implement the intention and direction of 11 recommendations of the Royal Commission into the Protection and Detention of Children in the Northern Territory that relate to the youth justice system”.

According to the legislative assembly of the Northern Territory Minister for Territory Families, key changes would protect children and young people’s right to privacy to avoid harm being caused to them by undue publicity or labelling.

The introduction of the bill also aims to see youth diversion become more accessible to young people by removing legislative barriers to its use, confirmation of arrest as a measure of last resort, a reduction in the time young people spend in police custody, and ensure earlier access to legal assistance is available for young people, among other objectives.

In a submission to the Social Policy Scrutiny Committee, the Darwin Press Club has said it is “vehemently opposed” to reforms in the bill, which specifically relate to “the proposed overhauls of sections 49 and 50 of the Youth Justice Act”.

“These sections of the Bill would see the Youth Justice Court held in closed court and would make it an offence to publish almost any story related to offences committed by young people,” the statement submitted said.

“The Bill in its present form represents a retrograde step in terms of transparency and the community’s right to know about the Northern Territory’s youth justice system.

“In short, the Press Club committee’s view is that the Bill, as it stands, appears ill-thought-out and naïve to the interests of the Northern Territory community, including young people.”

The Darwin Press Club said it represents the overwhelming majority of journalists and media professionals working in the Northern Territory, encompassing members from the ABC, the NT News, Nine News, AAP and Sky News.

It cited 11 specific examples where the media reported on “the widespread ineptitude within the Northern Territory’s youth justice system”, while flagging that it is “important to note that the royal commission, from which this Bill’s so-called reforms stem, was called immediately following the broadcast of an ABC 4 Corners report”.

“Reports such as this would in all likelihood be an offence to publish or broadcast under the proposed overhaul,” it was argued.

Examples included the conducting of an “insensitive and unnecessary” courtroom “mini-appraisal” of the parenting skills of a teenage rape victim, and the same judge being found to have committed 17 instances of unprofessional or improper professional conduct, as well as the improper tasering of children by NT police officers, the lacking of Territory Families staff to properly manage Don Dale detention centre, and the media’s reporting on unreasonable court proceeding delays as a result of police and prosecutor conduct.

On the other side of the argument, the Law Society of the Northern Territory has said it is “highly supportive of closing the courts to the public for all youth justice proceedings” in its own submission to the Social Policy Scrutiny Committee.

“Currently, in the Northern Territory, a youth who has been accused of any crime no matter how trivial, or who has been arrested and not yet charged, can have their name and other identifying features published in the media,” it said.

“In all other jurisdictions in Australia, young people coming into contact with the justice system are afforded protection under juvenile justice laws so their identities remain protected, usually throughout the entire process.”

It cited research that demonstrated “naming and shaming does not have any positive rehabilitative outcome”.

“Rather it concludes that naming juveniles stigmatises youths and has a negative impact on their rehabilitation prospects, potentially leading to increased offending,” the Law Society continued.

This is a position also held by the Northern Territory’s Office of the Children’s Commissioner, which considered that “because of the firm focus on rehabilitation in the Youth Justice Court, different considerations should apply” (to that of justice being administered in an open and transparent manner).

It cited the royal commission’s report which said “to speak of the need to expose children in trouble with the law to the ‘full glare of publicity’ in the interests of an open access to justice principle… runs counter to the well-established and research-based knowledge that most children mature out of crime if appropriately dealt with by the juvenile justice system”.

“It is the submission of the OCC that these provisions strike an appropriate balance between maximising the prospects of a young person’s rehabilitation while maintaining accountability in the courtroom,” the submission concluded.

For the Criminal Lawyers Association of the Northern Territory (CLANT), it is “supportive of the amendments proposed within the draft Bill”, and acknowledged the media’s agitation of the form that a “closed court” should take.

CLANT highlighted that “reporting remains available in circumstances pursuant to rigorous restrictions of publication and identification of child offenders and participants within the proceedings”.

It continued that “the ability of child offenders to participate in the proceedings and remain free from the possibility of stigmatisation and undue trauma remain paramount”.

For CLANT, it has considered that the community requires education and greater opportunities to understand the “youth justice space” and, in particular, “restorative justice practices”, which it said it hopes can be facilitated within the confines of the amendments proposed under clause 33.

In a submission from the Human Rights Law Centre, the position is more nuanced.

The HRLC submitted that the restrictions on publication “may be too broad” despite the organisation’s commendation of the amendments as aimed at implementing the royal commission’s recommendation 25.25.

Lawyers Weekly recently reported on the NT government’s commitment to the implementation of youth justice initiatives and life outcome enhancement.