Why was Pell’s appeal dismissed? 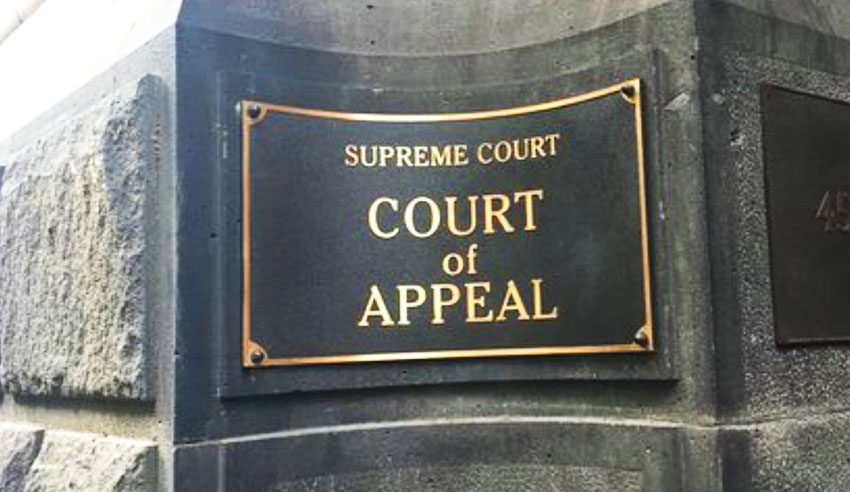 By a majority vote of two to one, the Court of Appeal in Victoria dismissed Cardinal George Pell’s appeal against his conviction for child sex offences. Here’s why.

Yesterday morning, the Victorian Court of Appeal dismissed the appeal of Cardinal Pell against his conviction for five specific sexual offences alleged to have been committed on two occasions in the mid-1990s against two 13-year-old choirboys when he was the Catholic Archbishop of Melbourne.

The presiding judges – Chief Justice Anne Ferguson, Justice Chris Maxwell and Associate Justice Mark Weinberg – outlined the three grounds of appeal lodged by the cardinal: that the verdicts were “unreasonable and cannot be supported having regard to the evidence”, that the trial judge erred by not allowing Pell’s counsel to use a 19-minute animation in his closing presentation to the jury, and that there was a “fundamental irregularity in the trial process in that the cardinal did not enter his plea of ‘not guilty’ in the presence of the jury panel.

On the first ground of appeal, the court said it had to determine whether, on the evidence, it was open to the jury to be satisfied beyond reasonable doubt that Cardinal Pell was guilty.

Chief Justice Ferguson and Justice Maxwell, in a majority judgment, both decided that it was indeed open to the jury to make such a finding.

“Throughout his evidence, [the complainant] came across as someone who was telling the truth. He did not seek to embellish his evidence or tailor it in a manner favourable to the prosecution. As might have been expected, there were some things which he could remember and many things which he could not. And his explanations of why that was so had the ring of truth,” the two justices held.

“Having reviewed all of the schedules of evidence and material placed before us on this appeal, and having reviewed the evidence for ourselves, we are not persuaded that the jury must have had a reasonable doubt about the guilt of Cardinal Pell.”

The cardinal’s appeal relied on “13 solid obstacles” to conviction, all of which were rejected by Ferguson CJ and Maxwell J.

Those supposed obstacles included one that argued physical impossibility, by virtue of the weight of the robes Cardinal Pell was wearing at the time of the offending. After weighing up the “manoeuvrability as a garment”, the two justices found that the robes were “neither so heavy nor so immoveable” as to preclude the cardinal from committing the offences.

In a dissenting judgment on this ground of appeal, Justice Weinberg found that the complainant was, at times, “inclined to embellish his account”.

His Honour concluded that he found himself “in the position of having a genuine doubt as to the applicant’s guilt”.

“There is, to my mind, a ‘significant possibility’ that the applicant in this case may not have committed these offences. That means that, in my respectful opinion, these convictions cannot be permitted to stand. The only order that can properly be made is that the applicant be acquitted on each charge,” Justice Weinberg said.

“Mine is, of course, a minority view in relation to Ground 1. I am troubled by the fact that I find myself constrained to differ from two of my colleagues whose opinions I always respect greatly. That has caused me to reflect even more carefully upon the proper outcome of this application. Having done so, however, I cannot, in good conscience, do other than to maintain my dissent.”

On the second ground of appeal, the court unanimously refused leave to appeal, agreeing with the trial judge that the animation could not be shown to the jury, as it “bore little resemblance to the actual state of the evidence but rather presented a distorted picture of that evidence”.

“The animation was tendentious in the extreme,” the justices determined.

The court said: “It was plainly intended to implant in the minds of the jury that the complainant’s account must have been impossible because the evidence showed that there were concelebrant priests in the room at the time of the alleged offending.”

With regard to the third ground of appeal, the court responded that the jury panel watched the entering of the “not guilty” plea by video link in a different room, and that “presence” – in accordance with legislation – includes presence by video link, and does not require physical presence. As such, leave to appeal on this ground was unanimously refused.

“He will continue to serve his sentence of six years’ imprisonment,” the court noted.

“He will remain eligible to apply for parole after he has served three years and eight months of his sentence. Whether Cardinal Pell will be released on parole will be a matter for the Adult Parole Board, not the courts.”

Responses from the victim, Cardinal Pell and the community

The one surviving victim, who remains anonymous, said via Dr Vivian Waller of Waller Legal that he was “relieved” at the Court of Appeal’s decision.

“I appreciate that the criminal process afforded Pell every opportunity to challenge the charges and to be heard. I am glad he had the best legal representation money can buy. There are a lot of checks and balances in the criminal justice system and the appeal process is one of them.

“I just hope that it is all over now.”

Cardinal Pell, on the other hand, had a statement released via his spokesperson at the Catholic Archdiocese of Sydney, which noted he was “obviously disappointed with the decision”.

“However, his legal team will thoroughly examine the judgment in order to determine a special leave application to the High Court. While noting the two-one split decision, Cardinal Pell maintains his innocence. We thank his many supporters.”

Shortly after the judgment was read, Law Institute of Victoria president Stuart Webb said the decision “reinforces the robust and fairness of the Victorian justice system”.

“What today’s judgment has shown is that reasonable minds can disagree, but our legal system has passed the test.”

The decision will be looked at in detail, Mr Webb added, noting there was a possibility of a High Court appeal.

The Blue Knot Foundation said that victims of child sexual abuse will also be relieved that the cardinal’s appeal failed.

“For many survivors, a conviction being upheld against a high-profile, once-powerful perpetrator underlines faith in the justice process and the possibility of speaking out,” the organisation said in a statement.

“Believing the victim in this case sends a message to so many other victims that what happened to you mattered and will now be more likely to be believed than ever before.”

The judgment is Pell v The Queen [2019] VSCA 186, and is available from the Supreme Court of Victoria’s website.

Why was Pell’s appeal dismissed?