Electronic signatures: A guide for lawyers

When I began my career in corporate law, signing and exchange of contracts involved certain ceremony and spectacle, writes Timothy Perry.

Junior lawyers printed and clipped the requisite number of counterparts and arranged them with due reverence on a long table. Clients and counterparties would arrive, make small talk and drink coffee.

Partners would appear in the doorway to make connections and lend their gravitas to the proceedings. And at the appointed time, when all were present and correct, pens would be flourished, documents signed, signatures witnessed and physical counterparts handed over.

It still happens that way sometimes, but not often. Nowadays, no one has time to wait around in law firm meeting rooms. Parties sign documents in separate locations. Lawyers gather the signed documents as PDFs. Exchange is effected by email. And those signed documents are, increasingly, not signed with a pen.

In a world which takes electronic commerce for granted, the idea of signing agreements electronically still causes disquiet among contracting parties and other stakeholders in commercial transactions.

It’s important for lawyers to understand when agreements signed electronically may be unenforceable, when counterparties may be unwilling to accept electronic signatures and why.

A good working definition is that an electronic signature is a visible representation of a person’s name or mark, placed by a person on a document or in a communication, by electronic or electronic and mechanical means, to identify the person and indicate that they put their mind to adopting the document or communication.

An electronic signature is different in this sense from a digital signature, which is concerned with cryptographic authentication technology rather than a person signalling their assent to a document by marking it.

Common examples of electronic signatures include a person typing their name in an email or word document, pasting a digitised image of their physical signature, selecting an option in e-signing software, signing a soft copy of a document with a stylus or finger on a touchscreen, or using another form of biometric identification.

The most authoritative recent statement on this comes from the judgment of Justice Harrison in Stuart v Hishon [2013] NSWSC 766: “Mr Stuart typed his name on the foot of the email. He signed it by doing so. It would be an almost lethal assault on common sense to take any other view.”

In the abstract, the fact that an email with a name typed into it could create a signed agreement should strike fear into the hearts of commercial parties who blithely hit reply and send, especially when there are documents attached.

However, common sense is informed by context. Parties and lawyers need to take a purposive approach to whether a purported electronic signature is intended to function as a signature in the sense of signalling the person’s assent to the document as a whole. It’s helpful to remember that:

- An automatically inserted name, such as an email footer ‘signature’, is much less likely to be found to constitute a valid electronic signature for contractual purposes than a consciously typed name; and

- Most commercially available document signing platforms will overcome doubts about validity because a person can’t apply their electronic signature without progressing through a user interface that requires the necessary deliberation, assent and authentication.

To avoid any confusion, it can be helpful to establish at the outset of a negotiation how the parties expect to finalise their agreement and be bound.

Electronic signatures get additional validation from the relevant Electronic Transactions Acts if they comply with the specified conditions. There are near-uniform statutes at Commonwealth, state and territory level. However, they’re not identical so it’s important to be aware of the nuances of the law in each jurisdiction.

Generally, for an electronic signature to be deemed effective under the Electronic Transactions Acts, the following conditions must be satisfied:

The person must use a method to identify themselves and indicate their intention.

The method of identification must be as reliable as appropriate considering the purpose of the communication.

The person to whom the signature is given must consent to the use of electronic communication to fulfil the requirement for a signature and to the method of identification.

It’s important to remember that these statutes are facilitative rather than prescriptive so they don’t displace the common law unless expressly apparent in the statute. The point is to give statutory validation to, and increase confidence in, transactions that conform with certain conditions, rather than to invalidate transactions that don’t conform.

When parties and lawyers often resist the use of electronic signatures

The use of electronic signatures for simple agreements and by individuals is widespread, but there remain some circumstances in which parties and their lawyers may be unwilling to accept them.

The execution of deeds requires the satisfaction of certain formalities that may seem inconsistent with electronic execution.

For an agreement to take effect as a deed, its execution needs to be witnessed. Whether a witness can sign electronically is a matter of debate, particularly as the Electronic Transaction Act regimes in NSW, Queensland, WA and SA exclude attestation by electronic signature from their protections.

Another deed formality is the traditional requirement that deeds be printed on paper, parchment or vellum. A conservative reading of the law suggests that a deed that only exists as a soft copy may not take effect as a deed.

However, an electronically signed version of a deed that is immediately printed out on paper may satisfy the common law requirement for paper with the first printed version being the original deed rather than a copy. Not all lawyers accept this view.

Many lawyers believe that section 127 of the Corporations Act requires physical signatures on a physical document to trigger the benefit of the statutory assumptions relating to due execution.

These lawyers argue that a “document” for the purposes of section 127 should be read down to mean a physical paper document because section 127(2) requires the use of a physical seal and section 127(3) refers to execution of deeds which, as noted above, are traditionally required to be printed on paper, parchment or vellum.

They also point out that the Corporations Act is expressly excluded from the “no invalidity” and signature provisions of the Commonwealth Electronic Transactions Act.

Other lawyers hold a contrary view. They argue that, while section 127(2) may require the use of a physical seal, there is no reason to read down the broad statutory definition of “document” that would otherwise apply under section 25 of the Acts Interpretation Act 1901, which is broad enough to include electronic documents, at least for the purposes of sections 127(1) and 127(3).

When it comes to a company signing a deed under section 127(3), these lawyers may argue that printing the signed electronic document satisfies requirement for paper, parchment or vellum. They also point out exclusion of the Corporations Act from the Commonwealth Electronic Transaction Act doesn’t mean that electronic signature is prohibited.

In the absence of clear authority, a practical approach for companies that wish to sign electronically is to articulate early the better view that documents can be signed electronically under the section 127 of the Corporations Act, to print out the electronic document once signed to satisfy any need for a physical instrument and to be prepared to provide evidence of due authorisation in case the counterparty requires further comfort that the company has properly authorised execution of the document.

Counterparties may be uncomfortable accepting a document signed electronically by an agent, such as a personal assistant, affixing the principal&#39;s electronic signature.

To deal with this concern, where an agent is signing a document electronically, the principal should directly inform the relevant counterparty that the agent will place the principal’s electronic signature on their behalf to minimise the risk that the contract will be challenged because of questions regarding the validity of the signature. If the signature needs to be witnessed, the agent placing the signature shouldn’t also be the witness.

Regardless of whether or not certain documents can legally be signed electronically, regulators and third parties will often require wet ink signatures on paper. Land titles offices won’t accept contracts for the sale of land or leases for registration over the counter unless they’re wet ink originals.

Stamp duty authorities tend to think the same way. Forms and documents that need to be lodged with the Australian Securities Information Commission (ASIC) or Australian Stock Exchange (ASX) are also often required to be physically signed originals.

As a general rule, lawyers should check the relevant laws, regulations and the policies of the relevant body to test whether electronically signed originals will be accepted. If in doubt, signing documents in wet ink will avoid questions of enforceability or acceptability.

Lawyers need to engage with the counterparty’s lawyers early in the process to agree on an approach to the acceptability of electronic signatures in a given transaction, acknowledging the requirements of other stakeholders, such as banks, that may require due execution opinions and regulators or other bodies that may be asked to register or process certain documents.

They can then follow the appropriate procedures to get the relevant documents signed electronically without fear of rejection. 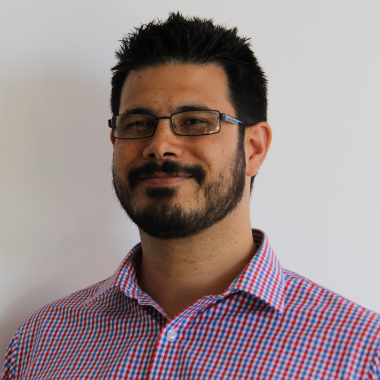 Electronic signatures: A guide for lawyers

Last Updated: 08 May 2019 Published: 18 January 2018
The Women in Law Awards is the benchmark for excellence, recognising the empowering women influencing the Australian legal profession, celebrating the female leaders, role models and future champions of the industry. Register for the waitlist today for the opportunity to attend this remarkable awards ceremony and network with top legal professionals and fellow peers.
Visit womeninlaw.com.au