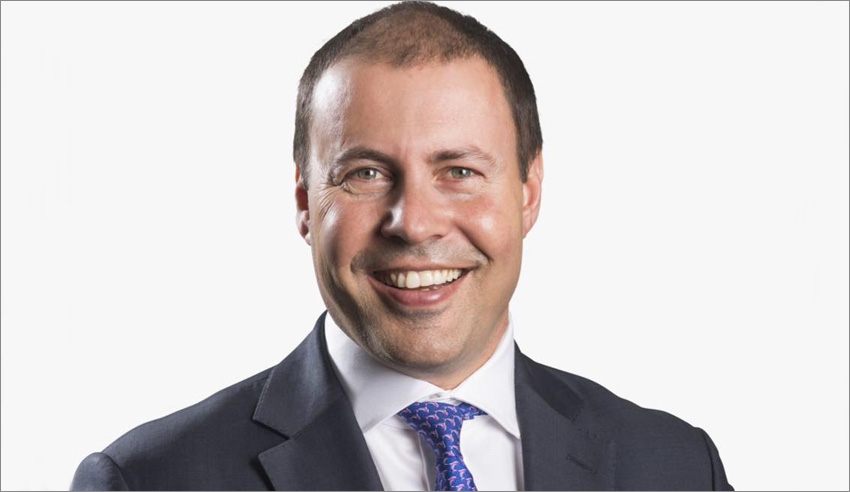 Members of the legal profession have spoken out about the 2020-21 federal budget, with some pleased and others believing measures didn’t go far enough.

Dubbed as one of the most important since World War II, this year’s budget saw a raft of spending dedicated to the hopes of an economic recovery, following the devastating bushfire season and the COVID-19 pandemic.

“This budget is all about jobs. Tonight, we embark as a nation, on the next stage of the journey,” Treasurer Josh Frydenberg said in his speech before the House of Representatives.

Among the spending is the government dedicating $220 million to support the delivery of critical frontline services for families.

“Building on previous commitments to keep women and children safe and ensuring access to justice, we will provide the Family and Federal Circuit Courts with an additional $10.2 million to manage the impacts of COVID-19.”

A full wrap-up can be provided here.

Following the release of the federal budget, Lawyers Weekly received various statements from members of the profession expressing their views.

Here's what they had to say:

The major legal body was quick to offer a response to the budget roll-out, saying while the $35.7 million dedicated to judicial resourcing over the next four years, and other funding going towards family law, is welcomed, it doesn’t go far enough.

“The funding announced [on Tuesday] will alleviate some of the hardship faced by Australian families with matters before the Court. However, the budgeted increase in Federal Circuit Court filing fees for migration litigants, is likely to increase social disadvantage to those who can least afford it,” LCA president Pauline Wright said.

“It is also disappointing that there has been no additional funding for the legal assistance sector in addition to the funds previously announced following the bushfires and COVID-19.

“The legal assistance sector has been chronically underfunded for years by successive governments, yet these frontline legal services have stood up to the challenge and worked tirelessly during the aftermath of the bushfires and throughout the pandemic to assist vulnerable Australians with their legal needs.

“A properly funded legal assistance sector, together with adequate funding for Commonwealth courts and tribunals, are essential components to the COVID-19 crisis recovery. The Government’s failure to adequately fund this sector will only hurt our recovery.”

The federal budget’s firm focus on boosting jobs, skills and infrastructure projects was well received by the Governance Institute of Australia, who said the plan provides a solid pathway for economic recovery.

“This is a historic budget in a tumultuous year – and there are some major takeaways for the governance and risk management profession,” said CEO of Governance Institute of Australia Megan Motto.

“We have seen a commitment to a much-needed kiss of life for the Australian economy, and a departure from the Coalition’s usual quest for surplus.”

Ms Motto said the group is also backing the government’s dedication to the aged care sector.

“The aged care sector has had a devastating year with many governance challenges. This extra support announced will assist the sector’s recovery and is to be welcomed,” she explained.

“Of course, more needs to be done in this area, and we look forward to the government’s full response – and funding – when the final report from the Aged Care Royal Commission is handed down early next year.”

Australian Lawyers Alliance expressed disappointment at the budget, saying it “failed to address the systemic problems in aged care that COVID-19 has tragically exposed”.

“This sector needed funding in last night’s budget but it also needed a commitment to greater regulation to control the quality and safety of residential aged care.”

Going one step further, Ms Henry suggested the budget came at an opportune for the government to combat findings from the royal commission into aged care.

“The budget was a missed opportunity for the government to get on the front foot, pre-empt the Royal Commission and start making critical investment in the sector now. Many of the changes needed are well understood. Before this Royal Commission, there have been 20 inquiries in as many years all pointing to the same issues,” she said.

“Only last week the Royal Commission handed down a scathing report asserting the ineffectiveness of the response of governments and the aged care sectors to the pandemic. But the contents of the report, and indeed COVID-19’s tragic impact on people living in aged care and their families, is hardly surprising – given the systemic problems we know exist in the sector.

“As the Commission says, we must learn quickly from recent tragic deaths and suffering to prevent unnecessary deaths in the future. The federal budget was the opportunity for the Government to begin to take urgent action but it has disappointingly failed to do so.”

The firm’s partner and head of financial services, Michael Chaaya, has responded to several super measures delivered by this year’s federal budget.

One of which is the government’s newly introduced initiative “Your Future, Your Super”, which aims to crack down on poorly performing superannuation funds and is expected to save Australian workers $17.9 billion over the next 10 years.

Under the initiative, funds will be forced to meet a minimum standards test with the data to be used in an online comparison tool called “Your Super”.

“Poor performing funds will have nowhere to hide and will be required to notify their members of their underperformance,” Mr Frydenberg explained during his speech on Tuesday night.

“It is difficult to argue against attempts to make funds accountable for the outcomes they deliver for their members and to make members aware when their superannuation product is underperforming. However, this change will bring with it an unhealthy obsession with relative investment performance being the sole determinant of whether a fund is performing," Mr Chaaya said in response to the initiative.

“It will also be policed by APRA who has long complained it doesn’t have adequate resources to execute on the myriad of Government reforms that impact the superannuation, banking and insurance sectors in Australia.”

Mr Chaaya added: “The superannuation industry is still coming to grips with the APRA Heatmaps and the annual member outcomes self-assessment – all of which will now require amendment to accommodate this new pivot to measuring underperformance based on net investment performance.”

“Effectively shutting the doors to new members in underperforming funds could potentially bring some funds to their knees.”