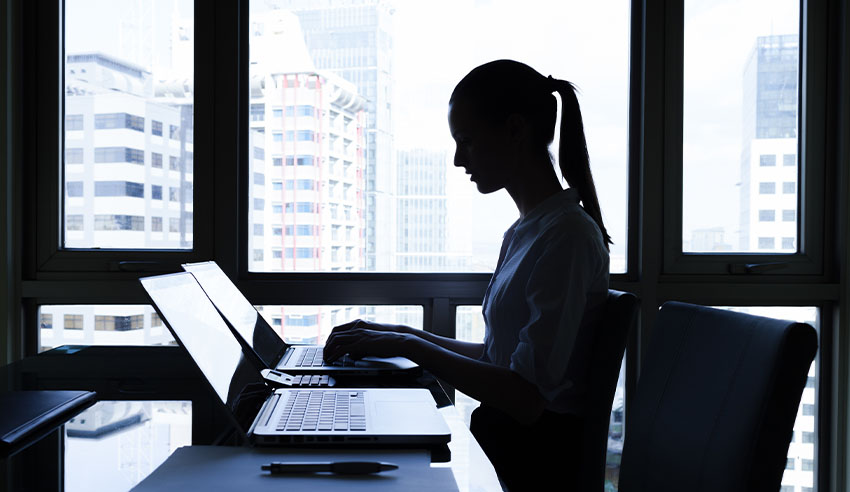 New national research reveals that the size of Australia’s legal profession, and the percentage of women who make it up, are both bigger than ever before.

The fifth National Profile of Solicitors report, presenting a demographic picture of the legal profession in Australia and how it has evolved over time, has been made public on Wednesday.

The report is based on data provided by state and territory law societies and regulators. This latest report was compiled by Urbis, which was commissioned to undertake it by the Law Society of NSW on behalf of the Conference of Law Societies.

Size of the profession in Australia

The number of practising solicitors in Australia has expanded to 83,643. This marks a 45 per cent increase from 2011 levels, at which time there were 57,577 lawyers.

As at October 2020, more than two in five (43 per cent) of those practising solicitors work in NSW, followed by Victoria (25 per cent) and Queensland (16 per cent).

Such growth was not matched in South Australia or the Northern Territory, which have 5 and 1 per cent of the nation’s lawyers respectively, and have each seen growth of 10 per cent and 18 per cent since 2011.

As at October 2020, women make up 53 per cent of Australia’s legal profession, with men accounting for the balance. This continues a trend first observed in 2018, when female practitioners became the majority for the first time, while in 2011, women made up 46 per cent of the profession. There are now 44,581 women in law in Australia and 39,052 men.

The increasing share of women in law in Australia can be attributed to the fact that, since 2011, two-thirds (67 per cent) of those entering the profession have been female, while just 26 per cent of those becoming lawyers have been men.

ACT (61 per cent) and NT (60 per cent) have the greatest percentages of women in their ranks, followed by South Australia and Victoria (54 per cent), NSW and Tasmania (53 per cent) and Queensland and Western Australia (52 per cent).

The mean age of all Australian solicitors is 42 years old, which has been the case since 2011. The mean age for women is 39 years, while it is 46 years for men.

There has been “large increase” in the proportion of solicitors aged 65 years or older (59 per cent), with that demographic now making up 7 per cent of the profession. Such rises in the number of older lawyers can likely be explained by professionals working later in life.

Interestingly, 13 per cent of all male practitioners are aged 65 years or older, compared to just 2 per cent of females in the profession, indicating that women are leaving law much earlier.

On the other hand, 41 per cent of women in law are aged 34 years or younger, compared to just 28 per cent of men.

Young lawyers (i.e. five years or less PQE) are more likely to be in the city (59 per cent) and less likely to be in suburban areas (30 per cent), compared to the aforementioned two national averages.

There are only 71 law firms in Australia with 21 or more principals, with 30 of those based or having a presence in NSW.

Government legal work has grown the most in popularity, seeing 88 per cent increases since 2011. This was followed by corporate work (82 per cent), and then private practice (30 per cent).

Two in five (39 per cent) of Australian practitioners have been admitted for 15 or more years, while 28 per cent have been in practice for five or fewer years.

Aboriginal and/or Torres Strait Islanders currently make up 0.8 per cent of Australia’s legal profession, with 632 practising lawyers having identified as such as at October 2020. The highest proportion of ATSI solicitors was in NT (2 per cent), followed by NSW (1 per cent).

Nationwide, 55 per cent of ATSI-identifying lawyers are women, and 45 per cent are men.

Reflecting on the results, Law Society of NSW chief executive Sonja Stewart said that the increasing numbers of women in law underscore ongoing initiatives such as the “revamped charter for the Advancement of Women in the Legal Profession [which aims to] promote and support strategies to retain women from all backgrounds in the profession over the course of their careers, including women with disability, and encourage and promote their career progression into senior executive and management positions”.

Law Society of Western Australia president Jocelyn Boujos agreed that such initiatives are critical, “because women are still not represented in the higher levels of the profession in numbers that are reflective of their percentage in the profession”.

However, it is “pleasing”, she added, “to note that of the seven presidents of law societies in Australia in 2021, six of those are women who represent a cross section of practice areas and structures”.

Law Society of Tasmania president Trevor McKenna said he was pleased with the continued growth of the profession in the Apple Isle.

“The sector has responded well to consumer demand in the face of threat and disruption caused COVID-19. Women practitioners clearly outnumber males overall, however that is not the case in the private profession yet. This is in part due to the significantly greater number of women working in the community, corporate and government sectors,” he said.

ACT Law Society president Elizabeth Carroll highlighted the “unique” nature of practising law in the nation’s capital and its surrounds, pointing to it having the highest proportion of women of all jurisdictions, the youngest mean age but also the largest proportion of lawyers admitted for 15 years or more.

“This survey highlights the diversity of the Canberra legal community, and shows that our lawyers tend to stay in legal practice longer,” Ms Carroll said.

“With the local and federal government employing as many solicitors as the private sector, our lawyers have more career options, and can move between vastly different roles without having to change cities.”

“This is a vibrant profession that I’m proud to be a member of.”