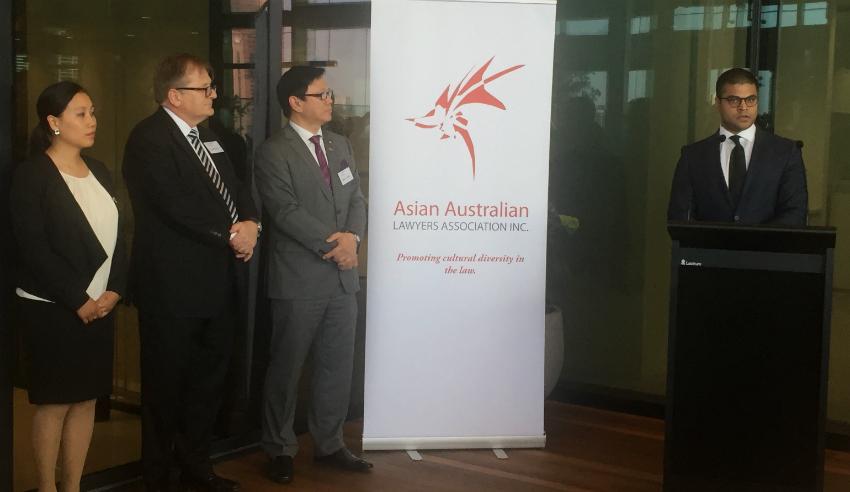 A paper that explores the idea of affirmative action to achieve greater diversity among members of Australia’s legal profession has taken out the prize for the William Ah Ket essay competition.

A Victorian solicitor from the State Revenue Office has been named as the inaugural recipient of a scholarship named in honour of Australia’s first barrister of Chinese descent.

The essay discusses affirmative action as a means to address inequality in the profession, ultimately identifying Frans Johansson’s ‘Medici Effect’ as a preferred way to realise diversity of thought in law.

“Each was very thorough and reflected a great deal of research and thought. In my view, each would have been a worthy winner of the scholarship,” Chief Justice Martin said.

“The quality of entries this year was outstanding, but it was Mr Abraham’s paper that stood out.”

He went on to say he hoped the scholarship would enjoy a long history.

“This year was the inaugural year for the William Ah Ket Scholarship and our aim is for this to grow into a prestigious legal scholarship,” Mr Lye said.

National law firm Maddocks, where William Ah Ket completed his articles in 1903, announced the winning essay at a special event in Melbourne. The scholarship is a joint initiative between the firm and the Asian Australian Lawyers Association (AALA).

Mr Abraham graduated from the University of Tasmania in 2014 and was admitted in 2015. The young lawyer of Indian heritage completed a number of legal internships in Singapore and, according to LinkedIn, was most recently employed by Victoria’s State Revenue Office.

A statement issued by Maddocks described Mr Abraham as “passionate about law and its interaction with society”.

The $5,000 prize was presented to Mr Abrahams by descendent of William Ah Ket, Blossom Ah Khet (pictured below). 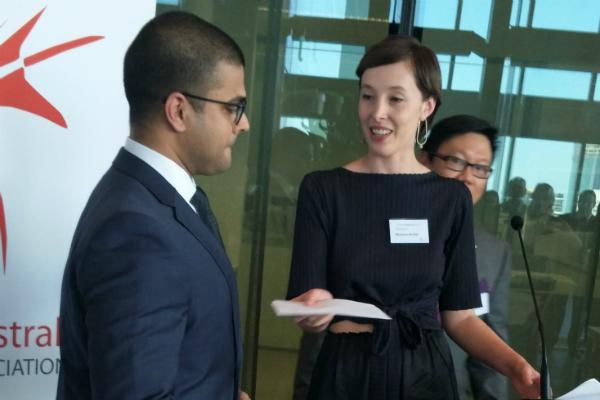