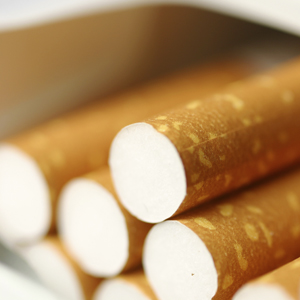 Legal experts are refusing to comment on whether Australia’s largest tobacco franchise is violating state laws by offering customers free covers designed to hide the graphic images on cigarette packs.

Tobacco Station Group stores are giving away covers that feature the company’s logo and web address to customers who buy tobacco products. The franchise has more than 300 stores in states and territories across Australia, including Victoria, WA and the ACT.

Under Victoria’s Tobacco Act 1987, WA’s Tobacco Products Control Act 2006 and the ACT’s Tobacco Act 1927, a retailer must not supply a gift or prize in connection with the sale of a tobacco product.

Lawyers Weekly approached a range of law firms to ascertain whether the covers could be deemed gifts or prizes and, therefore, be in beach of the legislation. Corrs Chambers Westgarth, which has represented British American Tobacco Australia (BATA) and Herbert Smith Freehills declined to comment, citing client sensitivities. A number of top-tier and mid-tier firms that are not affiliated with tobacco companies also refused to weigh in on the issue, claiming their partners did not possess sufficient knowledge of the relevant legislation.

The Department of Health and Ageing is reportedly investigating whether Tobacco Station Group’s covers violate federal tobacco laws. Health Minister Tanya Plibersek revealed in a statement that the Tobacco Plain Packaging (TPP) Act, which came into force on 1 December, had so far led to 15 complaints, all made against retailers.

“The Department of Health and Ageing is investigating the complaints and has found some to be unsubstantiated. Where evidence suggested non-compliance, warnings were issued and educational material about the legislation was made available,” she said.

One of the “unsubstantiated” complaints appears to have been made against Queensland-based sticker manufacturer Box Wrap. In December, the company was given the all-clear to distribute stickers that wrap around cigarette packs and feature images of the Australian flag, animals and cartoons.

The stickers challenged plain packaging with the slogan ‘It’s your box, it’s your choice’. But, under the federal TPP Act, it is not an offence to sell a cover if it is sold separately to the cigarette packet, is not applied at the time of supply, and does not contain any tobacco product advertising.

Last year, global tobacco giants lost a High Court challenge against the Government’s plain packaging legislation. Chris Round, a partner in K&L Gates’ IP practice, told Lawyers Weekly at the time that the tobacco companies did not have strong grounds for their argument that the legislation amounted to an acquisition of trademarks without proper compensation, a breach of Section 51(xxxi) of the Australian Constitution.