Holland moves aside in DLA reshuffle 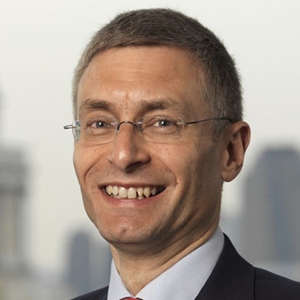 DLA Piper has shaken up its international management, with UK managing partner Andrew Darwin relocating to Australia to take the reins of the firm’s local arm.

DLA Piper has shaken up its international management, with UK managing partner Andrew Darwin (pictured) relocating to Australia to take the reins of the firm’s local arm.

Darwin, who begins his initial two-year term in March and will continue his role as DLA’s chief operating officer from Sydney, will replace Tony Holland as Australian managing partner.

DLA have confirmed Holland, who has filled the role since the integration with DLA Phillips Fox in 2011, will move into a more client-facing role as head of the firm’s banking and finance group in Australia.

Both Darwin and Charlton will still report to co-chief executive and managing partner Sir Nigel Knowles in the UK.

When contacted by Lawyers Weekly about the reasons behind the management reshuffle, neither Darwin nor Holland was available for comment.

Darwin, a member of the firm’s global board, was only appointed UK managing partner in May last year, after previously being managing director for groups and services, with responsibility for leading the firm’s practice groups and support services across Europe, the Middle East and the Asia-Pacific region.

The global management shake-up comes after the firm announced late last year that it was entering a redundancy consultation affecting 251 staff in the UK.

Last month, DLA told Lawyers Weekly that it was not commenting on possible redundancies in Australia following the announcement of the job cuts in the UK.

DLA also confirmed that it has no immediate replacement lined up to fill Darwin’s boots in the UK, stating the firm has launched a consultation to find his successor there.

Holland moves aside in DLA reshuffle