This is the depression we don’t have to have 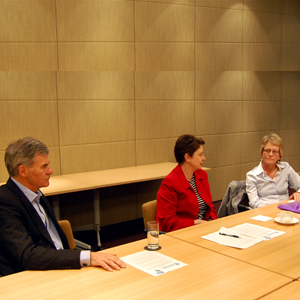 The Tristan Jepson Memorial Foundation is seeking to introduce a set of guidelines in a bid to change the culture within the legal profession.

The TJMF Psychological Wellbeing: Best Practice Guidelines for the Legal Profession project was launched today (13 May) to coincide with the start of National Law Week.

“The guidelines were something my husband [George Jepson] and I thought of as a way to move forward with the Foundation, because we had spent a number of years raising awareness and education, and the feedback was nothing was really changing in the firms in terms of the everyday lawyer’s experience,” said Marie Jepson, the co-founder and director of the Foundation, when speaking to Lawyers Weekly prior to the launch of the guidelines, at a specially convened meeting of the TJMF at the Sydney office of global law firm Ashurst.

The guidelines will seek to establish a “best practice” framework for legal bodies with regard to ensuring the psychological health and wellbeing of staff. Similar to the Aspirational Pro Bono Target, signatory bodies would sign up to the guidelines voluntarily.

The legal profession in Australia has one of the highest rates of depression among the Australian workforce.

A 2011 study by Beaton Consulting, which featured 25 professional associations and 100 professional services firms, found that lawyers were the most likely to experience symptoms of depression (49%).

Research conducted by the TJMF and the University of Sydney in 2009 found that depression and anxiety affects almost one-in-three solicitors and one-in-five barristers.

“It is a complex problem and it requires a complex solution of giving people a way in their own context and within their own workplaces to create a solution and start addressing it,” said Jepson.

“That for me is a great transition for the Foundation. This issue in the industry has gone from this concept of awareness and people appreciating and understanding the problem, to an openness and a willingness from the Foundation and firms more broadly to act on that and actively change what they are doing.”

In developing the guidelines, the Foundation relied heavily on work that was done by the Mental Health Commission of Canada. Earlier this year, Canada released a set of voluntary national standards aimed at promoting psychological health and wellbeing in the workplace.

McKeough said that an important component in developing the guidelines would be the creation of a survey that will call for submissions on this issue from legal bodies throughout the country.

“The factors that promote wellbeing in the workplace, that is the first thing we will promulgate,” said McKeough, who first met Marie and George Jepson more than 20 years ago when her two sons, Alistair and Douglas, attended Trinity Grammar School at the same time as Justin and Tristan Jepson.

The survey will be based on a list of 13 psychosocial factors that research has identified as areas of fundamental risk to an employee’s psychological safety.

It includes organisational culture, workload management, and recognition and reward.

“I understand that you are never going to take the deadlines and pressures out of the profession, however, we are not challenged to think outside the square unless we are forced to do it,” said Jepson.

A number of young lawyers have shared their stories of life within large law firms, which includes details of bullying and excessive hours.

“After weeks of working a minimum of 14 hours a day, not eating a single meal outside of the office and having every social interaction truncated to ‘I'm sorry, I've got to go - I've got to get this document out urgently’, I was left depressed, exhausted and battling suicidal thoughts. I was genuinely on the brink,” wrote a lawyer from one of the largest firms in Australia under the condition of anonymity in February.

“In reality it has to start with the big firms,” said McKeough. “They are the ones with the resources and the commitment and the organisational programs to implement this.”

Herbert Smith Freehills partner Peter Butler said law firms were grappling with the best way to respond to this issue.

“Do we properly understand the drivers of depression and anxiety? No, but we are getting a better understanding,” he said. “If it was the case that something we were doing was making it worse then there would be a huge desire to do something about it.”

The committee hope to have the survey rolled out before the end of June.

This is the depression we don’t have to have