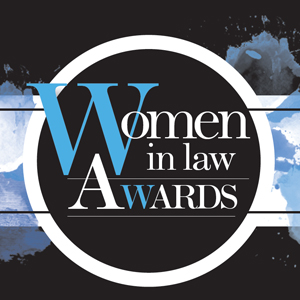 Senior members of the judiciary, managing partners, senior silks and general counsels are all represented among the judges of this year’s Lawyers Weekly Women in Law Awards.

Senior members of the judiciary, managing partners, senior silks and general counsels are all represented among the judges of this year’s Lawyers Weekly Women in Law Awards.

After the success of last year’s inaugural Awards, Lawyers Weekly is once again hosting the Awards in Melbourne, with legal excellence celebrated across the entire spectrum of the profession across 10 distinct awards categories.

The Awards will be held at Melbourne’s Sofitel Hotel on Friday 18 October.

Submissions are open until COB Tuesday 10 September and you can enter here.

Two of this year’s judges are familiar with the Lawyers Weekly Australian Law Awards’ winner’s podium.

Fiona McLeod SC, the chair of the Victorian Bar Council, will be judging the Taylor Root Law Firm Diversity Award.

McLeod is well qualified to judge this Award.

She is the head of the Law Council of Australia’s (LCA) Equalising Opportunity in the Law Committee, and is playing a lead role in the LCA’s National Attrition and Re-engagement Study this year.

The vice president of the NSW Bar, Jane Needham SC, (pictured left) will be running her eye over Australia’s best in-house lawyers.

The recent winner of the Senior Barrister Award at the Lawyers Weekly Australian Law Awards is the judge of the ACLA In-House Award.

This is one of the evening’s most competitive categories, with Ashe-Lee Jegathesan from Melbourne IT Limited last year’s winner.

In addition to recognising in-house lawyers, Lawyers Weekly is honoured to have Engenco Limited general counsel Anna Bagley back on the judging panel. The Melbourne-based senior in-house lawyer will be judging the inaugural Sheahan Lock Partners Junior Barrister Award.

The tradition of asking a senior member of the judiciary to judge the one Award that highlights the work lawyers do in the community has been maintained.

Lawyers Weekly is honoured to have Justice Marcia Neave from the Supreme Court of Victoria’s Appeals Division as the judge of the Pro Bono Award.

Justice Neave was the foundation chair of the Victorian Law Reform Commission.

International heavyweights add global touch
Two of this year’s panel of judges epitomise the globalisation of the Australian legal profession.

The judge of the prestigious Law Firm Partner Award is one of Australia’s most-respected members of the legal profession.

Michelle Sindler, the CEO of the Australian International Disputes Centre, will have the difficult job of picking a winner from the ranks of Australia’s most distinguished private practice partners.

She is also a former head of the International Association of Young Lawyers.

One of Australia’s most respected senior private practice lawyers will be casting her discerning eye over the legal leaders of the future.

McKenzie, the head of the firm’s much vaunted employment group in Sydney, has been a key figure in the development of Ashurst’s Equal Employment Opportunity policies.

Trio of leading men to lend a hand
For diversity policies to be successful, all legal organisations and female lawyers need the support of male colleagues and senior male figures.

Lawyers Weekly has secured the services of three senior males with extensive links with the profession as judges.

Will Irving, the group managing director of Telstra Business and the telco’s former general counsel, will be judging one of the evening’s blue-ribbon awards.

Irving will be the judge of the Jacinta Fish Legal Mentor Award.

This Award recognises legal leaders that show a commitment to the development of female talent within their respective organisations.

The Award that recognises the best young in-house and private practice female lawyers in Australia is the Future Star Award.

This Award is open to lawyers in their first three years of practice.

Lovell has been the leader of Holding Redlich during a period when it has been an EOWA Employer of Choicer for Women over the last five years and is a member of the Diversity Council Australia.

The Lawyers Weekly editorial team selects three to six finalists for each of the above Awards.

The respective category judge chooses the winner from those selected finalists.

The Lasting Legacy Award is the only Award that does not take nominations.

Chosen by the Lawyers Weekly editorial team, this Award recognises a leader that has challenged, influenced or changed the practice of law in Australia for the betterment of practitioners, particularly female lawyers.

Kate Ashmor, the outgoing president of Australian Women Lawyers (AWL) will be the MC and the incoming president, Amy Challans, will deliver the keynote address.