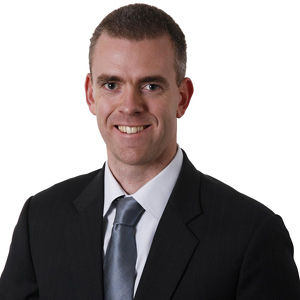 The head of a company that recently ran a legal survey has told Lawyers Weekly that Tony Abbott’s maternity leave policy could see female lawyers having children earlier in their career.

The head of a company that recently ran a legal survey has told Lawyers Weekly that Tony Abbott’s maternity leave policy could see female lawyers having children earlier in their career.

James Triggs (pictured), the CEO of Sofee, was speaking to Lawyers Weekly with regard to his company’s survey, which attracted 233 responses from lawyers across the profession.

In looking at some of the gender differences in the survey responses on issues such as remuneration and work-life balance, Triggs made the point that if the Coalition wins tomorrow’s federal election it could impact on when women lawyers choose to start a family.

“Once the new [Coalition] maternity leave policy gets through, it might create extra incentive for women delaying having kids to consider not delaying it any further,” said Triggs, who believed the policy would have more impact on a law firm’s return-to-work policies rather than see a further spike in the high rate of female attrition from the profession.

The Labor Party’s maternity leave policy is both shorter, at 18 weeks, and also much cheaper, capping maternity leave earnings at minimum pay rates of just above $11,000.

Over the last few years, law firms have been among the most progressive professional services organisations with regard to maternity leave policies.

The Sofee survey revealed a marked gender divide on a number of issues.

60 per cent of male respondents had been with their current employer for two years or under, compared with 47 per cent of women.

Women were also more likely to be unhappier at their firm and less likely to feel they were adequately remunerated.

“Many younger lawyers [below five years PQE], did not feel adequately paid,” said Triggs, noting the survey found this feeling of unhappiness decreased for lawyers with five to 15 years of experience, but increased again at over 15 years PQE.

Most respondents believed their organisation was only “somewhat committed” with wellbeing, with nearly one in five lawyers believing their firm was “not at all concerned” about staff health.

“I am not surprised by the survey results,” said Triggs. “It is in line with the general perception in the industry and goes to many of the issues organisations such as the Tristan Jepson Memorial Foundation seek to address.”

In March, a Lawyers Weekly poll that attracted 529 respondents found that nearly three quarters of lawyers believe their law firm does not care about or allow work-life balance.