Home>
NEWS>
Lawyers don’t have it too bad

Lawyers don’t have it too bad 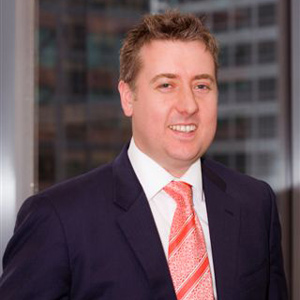 A leading insurance lawyer has told a conference that financial advisors are more vulnerable to civil liability claims than lawyers.

Jackson said that financial advisors are the most vulnerable of all professions by a considerable margin when it comes to civil liability claims.

“It has become patently clear to professional indemnity insurers as, a result of their claims’ experience since 2008, that financial advisors are, without doubt, the most vulnerable of the professions to civil liability claims,” said Jackson. “By comparison to engineers, lawyers, accountants, architects, doctors, valuers, real estate agents and the litany of other professions insured by the professional indemnity (PI) market.

“Financial advisors are by far and away the most heavily regulated and exposed.”

Jackson said the vulnerability of financial advisors was compounded by the “knock-on effect of tort reform” and law firms that have traditionally practised in the personal injuries arena targeting financial advisors as “the new growth area for their businesses”.

“Professional indemnity insurers have observed the “usual suspects” in the personal injury space rapidly expand their activities in financial services litigation,” he said.

In particular, Jackson highlighted Maurice Blackburn and Slater & Gordon as becoming more visible in the financial services sector by virtue of their submissions as part of the Future of Financial Advice (FOFA) consultation process.

“In essence, from an insurers perspective, the FOFA reforms represent yet another layer of regulation with increased risk attached.”

Who's watching the watchers?
In his address, Jackson took aim at ASIC and the Financial Ombudsman Service (FOS), expanding on criticisms he has previously made about FOS in Lawyers Weekly.

He criticised ASIC’s expectations regarding adequate compensation arrangements and said FOS lacks a “predictable process” in the management of a dispute and that its “rudimentary and loose set of rules should be confined to small claims”.

FOS’ maximum award amounts are $150,000 for general insurance-broking disputes and $280,000 for investment disputes and all other disputes under its terms of reference.

“There is no doubt that FOS represents compromised justice for members,” said Jackson. “That compromise is entirely acceptable and appropriate, but only to a point. Insurers and some members are rapidly reaching the view that this point has been not only reached but exceeded.”

The gloves come off
Not surprisingly, Jackson’s views struck a chord with the audience, which mainly consisted of lawyers, financial advisors, fund managers and underwriters.

“I have heard many planners say the reason they don’t like going to FOS is they say it is a bit of a lay-down misere, you go to FOS, you are going to lose,” said Money Management editor Mike Taylor when asking a question to Nic Crowhurst, the company secretary at FOS.

“How much of this room would like me to say yes,” replied Crowhurst, somewhat tongue-in-cheek, before going on to say: “Obviously we don’t agree with that.

Crowhurst had previously told Lawyers Weekly he was looking forward to the panel discussion to "clarify misconceptions" about the organisation.

Christina Kalantzsis from Alexis Compliance and Risk said that she often advises her clients to settle because “they have no confidence that if it goes to a determination what the actual amount will be”.

Herron made the point that insurers “embrace” the prospect of a fast, low-cost resolution of a dispute that FOS can provide. However, he added there is a feeling plaintiffs get a “dry run” in FOS “before they play their “real game”.

Macaulay said she was not surprised to hear such views aired at the table, but made the point that there would always be a role for an ASIC-approved external dispute resolution scheme (EDR) such as FOS.

“It is really poor service that is the biggest driver to a client getting angry enough to take it to a claim,” said Harding-Davis in reply to Macaulay.

“An EDR system makes perfect sense. We are all concerned about the mechanism at how well it is working at the moment.”

Lawyers don’t have it too bad