Home/
News/
Bakers has the right recipe for diversity

Bakers has the right recipe for diversity 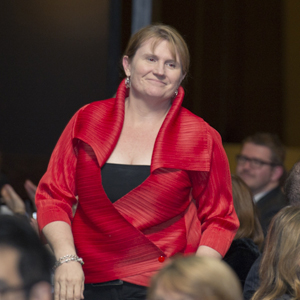 The head of the firm’s diversity program and finalist in the Female Partner Award category, Anne-Marie Allgrove (pictured), accepted the award for Bakers at the Lawyers Weekly Women in Law Awards held in Melbourne last Friday night (18 October).

Allgrove, who is the chair of the Bakers Diversity and Flexibility Steering Group, told attendees that achieving gender diversity is a journey that requires both passion and patience.

“Someone told me when I got frustrated at the beginning to remember that it’s a journey and it takes time,” she said in her acceptance speech. “Don’t get too frustrated and you’ll get there.”

She thanked her fellow partners for their support of numerous initiatives that have been introduced in recent years, including BakerWomen, which has driven a significant increase in female partner appointments at the firm over the past 12 months.

Allgrove also acknowledged the firm’s female lawyers who are getting behind such initiatives. “They’re so inspiring, they really are making a difference and they want to continue to participate and I keep encouraging them to do that,” she said.

Their efforts, she said, have resulted in a “holistic approach” to diversity at the firm.

McLeod added that the firm’s transparency about earnings and promotion processes means it has metrics to prove its diversity programs are getting results (e.g. women accounted for 60 per cent of non-partner and 63 per cent of new partner appointments in the last 12 months, which includes lateral recruits and internal promotions).

“The firm provides real transparency ... permitting analysis of gender balance by experience level and role; of numbers of those accessing flexible work arrangements, and of attrition, pay equity and bonus information,” said McLeod in her judge’s comments.

Two more firms were praised on the night for their efforts in the diversity space.

King & Wood Mallesons received a mention for its suite of programs, including an unconscious bias awareness program that has been applied to its recruitment processes, as well as the firm’s commitment to the UN Women’s Empowerment Principles with a target of 30 per cent of female partners by 2015.

Bakers has the right recipe for diversity