Home/
News/
Not worth the paper it’s written on

Not worth the paper it’s written on 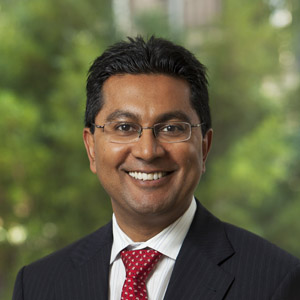 A leading workplace relations lawyer has told Lawyers Weekly that HWL Ebsworth was probably legally able to rescind a job offer the day after the firm accepted the signed contract, but a question of fairness remains.

A leading workplace relations lawyer has told Lawyers Weekly that HWL Ebsworth was probably legally able to rescind a job offer the day after the firm accepted the signed contract, but a question of fairness remains.

Joydeep Hor (pictured), the head of People + Culture Strategies, spoke to Lawyers Weekly with regard to the exclusive story posted last week about HWL Ebsworth calling a student to withdraw a job offer the day after she sent the firm the signed contract, which had been witnessed by a Sydney barrister.

“Fantastic news, we are excited to have you on board!” wrote a human resources advisor from the firm in acknowledging receipt of the signed contract from the student on 26 June.

The next day, on 27 June, that same HR advisor called the final year Macquarie University law student to withdraw the offer.

She was due to take up a graduate-at-law position with the firm’s workplace relations and safety group in Sydney in March 2014.

Hor, a former managing partner of Harmers Workplace Lawyers, said that employers are able to withdraw a job offer after a contract has been signed.

“You may face some comeback about whether you have breached the contract, as there may be some obligations around the termination of the contract, but given the person was presumably not going to be working with you at the time, it’s not like any employment had commenced,” he said, noting there is a clear distinction between terminating a contract and terminating employment.

Hor added that parties who have had an accepted contract withdrawn prior to employment might be able to legally challenge that based on the specific wording of the contract.

While Hor indicated HWL Ebsworth might be on solid legal ground, he did not shy away from talking about the ethical considerations that should be factored into any decision to withdraw an offer of employment once it has been accepted.

“I can see the unfairness of it. I think it is more of an ethical issue than a strict legal problem,” he said, noting that, by calling the student the day after the contract was signed, HWL Ebsworth put itself in a stronger legal and moral position than if it had withdrawn the offer after a significant lag period.

Lawyers go to ground
Lawyers Weekly approached a number of lawyers, law firms and barristers to comment on this piece, but Hor was the only lawyer willing to speak about the matter.

Not wanting to offend a legal competitor, the possibility of losing referral work and being “uncomfortable” commenting on the specific matter were all cited as reasons why approached workplace lawyers decided to stay silent.

Hor said that while he has seen similar instances of contracts being withdrawn, this was the first time he had heard of it happening at a law firm, although he would be “astounded” if a similar incident had not occurred before in the profession.

Hor added that while the public’s expectation might be that law firms would have more stringent procedures then the general business community regarding employment offers, particularly coming from the employment or workplace relations group, lawyers and firms are not immune to making embarrassing mistakes.

“For all of us that practise in this space there is a heightened level of embarrassment if we make errors,” he said. “Having said that, workplace lawyers are human and businesses are businesses and these things can happen anywhere.

“It is very unfortunate when it does happen and employers should avoid it happening where possible.”

In speaking to Lawyers Weekly last week, Juan Martinez said the contract was inadvertently sent to the student by a human resources advisor before approval was obtained from the relevant partners in the workplace relations group.

“It was an innocent mistake,” he said.

The student said she was “devastated” by the withdrawal of the offer.

However, she has now been successful in obtaining a position with another firm for 2014.

Not worth the paper it’s written on