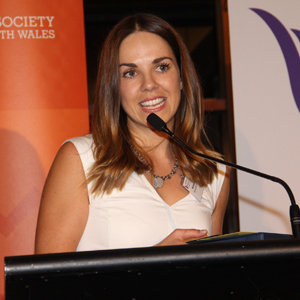 The recent winner of an up-and-comer award from the Women Lawyers Association of NSW (WLANSW) has been elected the industry body’s new president.

In-house lawyer Natasha Walls (pictured) was voted in as president at the association’s AGM last week (19 November). The former vice president of WLANSW steps into the new role just weeks after being named Up-and-Coming Woman Lawyer of the Year at the NSW Women Lawyers Achievement Awards held in Sydney.

Walls currently practises within the workplace relations team at food and beverage company Lion. She has also worked in private practice and the public sector during her six-year-long legal career.

Speaking with Lawyers Weekly, Walls said she nominated for WLANSW president because she wanted to be in a position where she could drive meaningful change for women in the legal profession.

“I’m very passionate about trying to improve the experience of women in the legal profession and, more broadly, in the workplace,” she added.

But Walls will reserve any major decisions until after she receives the results of a survey distributed to members yesterday (27 November). WLANSW asked members what change they would most like to see in the profession over the coming year.

“Rather than us identifying what the focus will be for the year, we’ve asked the membership to let us know what key changes they’d like to see ... and [we will] pour all our time, energy and resources in trying to achieve those changes,” explained Walls.

A program of events that aims to support both the professional and personal development of women lawyers is also being planned by WLANSW, including an ‘Inspiration before Breakfast’ and ‘Education over Wine’ series.

“We’re looking at more exciting and interactive ways to communicate ... we want to be part of the online conversations,” she said, revealing that WLANSW currently has 500 members in its LinkedIn group.