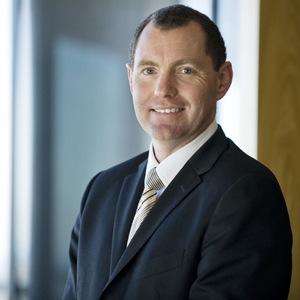 Herbert Smith Freehills is looking to almost double its percentage of female partners over the next five years.

Last week HSF said that it would seek to have women comprising at least 25 per cent of the global partnership by 2017 and to lift that to 30 per cent by 2019.

Speaking to Lawyers Weekly, Jason Ricketts (pictured), the firm’s Australian managing partner, said such a move makes commercial sense, given that most law graduates are female, and that it is also “the right thing to do” from an ethical perspective.

“It will be a challenge to meet these targets, but we should be able to do so,” he said. “Diversity also helps to bring different perspectives and skills to the business.”

Ricketts rejected any suggestion that this would marginalise male lawyers at the firm and lead to a situation where there would be internal questions as to whether all partner appointments were based on performance.

“This move had the overwhelming support of the partnership, and has received widespread support throughout the firm,” he said. “All partner appointments will continue to be based on merit.”

Ricketts added that the move by HSF was an extension of current diversity initiatives at the firm.

HSF has “unconscious bias” training for partners and in March and May last year, the firm launched its Lesbian, Gay, Bisexual and Transgender (LGBT) Network in Melbourne and Sydney respectively.

HSF has just over 450 partners globally. In Australia, it has 175 partners and around 850 fee earners.

On Friday (14 March), the Law Council of Australia released a damning report into the experience of female lawyers in Australia.

The LCA National Attrition and Re-engagement study found that half of all women claimed to have experienced discrimination due to their gender.

Around 4000 people contributed to the report.

HSF’s move to attempt to try and lift its female partner numbers in the next five years comes around nine months after Baker & McKenzie announced it had set an “aspirational” target to have women in 30 per cent of global leadership positions.

No date was fixed as to when the Chicago-based global firm would seek to meet that goal.

In 2012 King & Wood Mallesons set an aspirational target of 30 per cent of female partners in Australia by 2015.