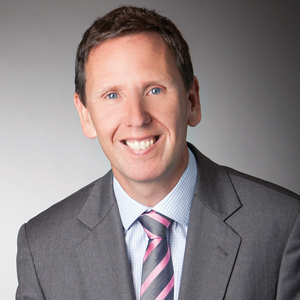 The firm, judged to be the 12th most inclusive employer for LGBTI individuals in Australia, received an Achievement Award at Pride in Diversity’s annual awards held in Sydney last week (16 May).

The only other law firm to make the top 20 list was Gilbert + Tobin.

Speaking with Lawyers Weekly, Wood said the push to promote sexual diversity at HSF in Australia began soon after Freehills’ merger with Herbert Smith in October 2012.

He recalled presentations by then joint-CEO David Willis in the early days of the tie-up, who revealed that LGBTI inclusion was an important underpinning of the London firm’s culture.

“I’m not being uncharitable to [Australian] partners, but a reasonable share of partners didn’t know what LGBT meant at the time,” said Wood.

He added that Willis’ “refreshing” leadership in the LGBTI space acted as an impetus for the Australian arm to catch up to the UK.

In March 2013, five months after the merger became official, HSF launched an LGBT network in Sydney and Melbourne with the aim of stamping out unconscious bias against LGBT individuals.

Wood admitted that he has confronted both overt and subtle discrimination over his 20 years at HSF, but in recent years there had been “enormous generational change”.

“The way modern firms operate is chalk and cheese compared to ... even 10 years ago,” he said.

“Employees are absolutely intolerant nowadays to being subjects to subtle forms of derision or discrimination.”

The Bar, however, steeped in tradition and trailing private practice in the area of innovation, may be more susceptible to these kinds of behaviours, he added.

Wood also touted the business benefits of an inclusive workplace, including gaining an edge in the battle for talent. Wood explained that lawyers want to work in inclusive, diverse and supportive environments.

“It is a distinction for us in the market ... and we have to keep raising the bar because others are going to catch up to us and we have to keep striving to get better,” he said, adding that it’s not just potential recruits the firm is trying to impress.

Wood claimed LGBTI programs also send the message to clients that a firm is progressive.

“If we stood silent and did little in this space, clients would be cynical ... about what kind of firm we are,” he said.

A number of HSF’s clients made Pride in Diversity’s list of the most inclusive employers for LGBTI individuals. They included Westpac (3rd), Commonwealth Bank (4th) and National Australia Bank (14th).

“If we didn’t demonstrate our support for the type of initiatives that are obviously important to them, they are entitled to question whether we’re the type of business that they want to align with,” added Wood.

Pride in Diversity is a not-for-profit workplace program that assists Australian employers with the inclusion of LGBTI employees. Its Australian Workplace Equality Index is Australia’s benchmark on LGBTI workplace inclusion.