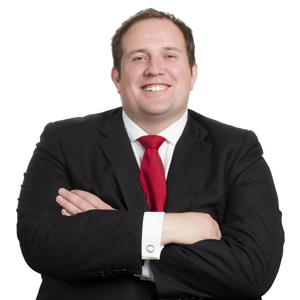 Lawyer salaries are flat-lining as firms tighten their control on payroll to protect profitability, a new salary survey has found.

The ALPMA Australasian Legal Industry Salary and HR Issues Survey Report 2014 has revealed that fewer firms are increasing salaries above the rate of the Consumer Price Index (CPI).

A total of 33 per cent of firms are planning pay rises above CPI in 2014, down 15 per cent on last year, while 40 per cent expect to only pay the CPI rate.

“Salaries make up a significant portion of overhead costs, and firms are ... endeavouring to do more with the same or less resources,” he told Lawyers Weekly.

Of the 230 firms that completed the survey, 4.5 per cent expect a total wage freeze at their firm, while a further 22 per cent are planning partial wage freezes.

The findings follow the announcement that Herbert Smith Freehills and King & Wood Mallesons plan to lift pay freezes this year.

The state of pay

The ALPMA survey also found that while salaries have declined in Western Australia, the state still boasts the highest-paid lawyers.

Even so, the majority of well-paid positions are in New South Wales, with managing partners, general managers and practice managers earning the most at firms with between 74 and 150 staff, while CEOs have the fattest salaries in firms of over 150 staff.

Bleasdale commented that most of these high paid legal leaders are “excellent, if not brilliant lawyers, but some ... are not natural born leaders or people managers or even communicators”.

This is reflected in survey’s findings, which highlighted partner communication and management skills as the fourth most important HR issue for law firms.

The HR issue that took the number one spot for the third year in a row is ‘finding good people’, despite reports that the recruitment market favours employers, particularly when it comes to the hiring of graduates.

Bleasdale said this finding could be the result of rigid recruitment practices. He encouraged firms to spend more time “exploring a potential employee’s attitude”, rather than focusing solely on legal skills and industry experience, to avoid missing out on quality candidates at the resumé stage.

“Good people are a good cultural fit at law firms,” he added.

Overall demand for lawyers has remained steady over the past few years, with 80 per cent of firms likely to hire over the next 12 months, according to the survey. However, few firms are investing in non-legal roles to drive firm growth, even though ‘driving change’ was nominated as one of the top five HR priorities.