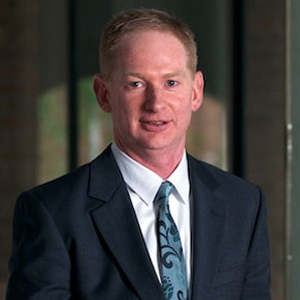 The Office of Public Prosecutions (OPP) in Victoria has been ordered to reinstate a lawyer who was unlawfully dismissed for reasons connected to his depression.

Anthony Grant was stood down from his role as a solicitor at the OPP in 2012. Last week (27 May) Federal Circuit Court judge Philip Burchardt found that the OPP had breached the Fair Work Act and ordered that Grant be reinstated to his former, or an equivalent, position. The OPP was also ordered to pay Grant $93,750 in compensation and a pecuniary penalty of $10,000.

Grant claimed he had been dismissed over a temporary absence that he took due to a diagnosed anxiety condition complicated by self-medication with alcohol and bouts of depression. The OPP argued that he was sacked for misconduct and his illness played no part in its decision.

Burchardt found that the “serious matters” that led to Grant’s dismissal were, in fact, “interrelated with his depression”.

Grant had been employed by the OPP since 2007 and was the subject of yearly performance reviews. In August 2010 he was assessed to be “performing beyond expectations” and was recommended for a promotion.

However, by late 2011 and early 2012, his performance became “extremely problematic, albeit that ... to an extent this arose from problems with his health”, Burchardt wrote in his judgment.

Grant was sacked by Craig Hyland (pictured), the OPP’s most senior solicitor. Hyland was admonished by Burchardt in an earlier judgment, handed down in January, for being “almost openly contemptuous” to Grant’s lawyer during proceedings.

“Indeed, his entire demeanour suggested a certain disdain for the proceeding as a whole,” the judge wrote.

“Regrettably, I formed a somewhat negative impression of Mr Hyland.”

Burchardt also stated that while the findings concerning Hyland were “unfortunate”, he had no reservation in making them.

It appears that Burchardt’s findings have not had an adverse impact on Hyland’s career. The senior OPP solicitor was recently reappointed for another five-year term by the Victorian Director of Public Prosecutions, John Champion SC.

In March Lawyers Weekly exclusively revealed that the senior legal figure, Garry Mann, is suing the Leo Cussen Institute for alleged breaches of the Discrimination Act.

Mann alleges that after returning from work after a period of illness, “reasonable adjustments” to his mentor role were not implemented.

The Institute has argued the adjustments “were not reasonable”.

In May the Tristan Jepson Memorial Foundation released a set of guidelines to try and reduce the high rate of depression among lawyers.