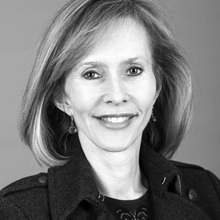 A selection of senior legal, business and media figures will be judging this year’s Lawyers Weekly Women in Law Awards.

A selection of senior legal, business and media figures will be judging this year’s Lawyers Weekly Women in Law Awards.

Global law firm chairs, managing partners and leading silks are all represented among this year’s judges.

For the third successive year, Lawyers Weekly is hosting the Awards to celebrate legal excellence across the entire spectrum of the profession through10 distinct awards categories.

The Awards will be held at Melbourne’s Langham Hotel on Friday 17 October.

Submissions are open until 5pm Tuesday 16 September and you can enter here.

Australia’s leading senior lawyers in private practice will be vying for the Female Partner Award, proudly sponsored by Michael Page.

Former Australian Women Lawyers president Kate Ashmor will have the unenviable task of selecting the winner in this category. Kate launched her own practice in July. She has been an unstinting campaigner for diversity in the profession, and has spoken out on issues close to her heart such as the childcare challenges faced by female lawyers.

Fresh from launching the Australian practice of a global law firm, Warren Kalinko will be judging the In-House Award, proudly sponsored by JLegal. Warren is the CEO of Keypoint Law, which has the backing of Keystone Law in the UK. Prior to re-entering private practice, Warren was the head of legal at OneSteel.

One of the most prized trophies up for grabs is the Pro Bono Award. The judge for this competitive category is Rachel Ball, a director of advocacy and campaigns with the Human Rights Law Centre. In 2012 Rachel was awarded the Victoria Law Foundation’s Community Legal Centre Fellowship.

Three of the most esteemed

A trio of Australia’s most respected lawyers will be running their eye over Australia’s best young lawyers.

Caroline Kenny QC will judge the Future Star Award, proudly sponsored by Leo Cussen. This award is open to lawyers in their first three years of practice. Caroline was a finalist in the Senior Barrister category at last year’s awards and is a silk with Melbourne’s Owen Dixon Chambers West. She is also a director with the Chartered Institute of Arbitrators (CIArb), Australia.

Lawyers Weekly is delighted that two of Australia’s leading private practice figures are joining the judging panel this year.

King & Wood Mallesons Australian chairman Stephen Minns will judge the Junior Counsel Award, proudly sponsored by Sheahan Lock Partners. Stephen has been a partner for nearly three decades at KWM, and is recognised as one of Australia’s leading corporate and M&A figures.

This year, the Law Student Award will be judged by the Herbert Smith Freehills partner Philippa Stone (pictured). She has been a partner at HSF for 25 years and is one of Australia’s leading dealmakers. In a career of numerous highlights, she advised the Australian government on all three of its Telstra sales.

It is with great pleasure that Lawyers Weekly welcomes back to the judging table two of the doyens of the domestic legal scene.

Holding Redlich managing partner Chris Lovell will once again judge the Senior Barrister Award. Chris has been the head of Holding Redlich for 15 years and is also a trustee with the Melbourne Cricket Ground Trust. Chris’s major clients include the Westfield Group of companies.

Will Irving is once again judging the prestigious Legal Mentor Award, proudly sponsored by e.law. This award recognises male and female lawyers who demonstrate how their specific involvement in programs and initiatives has benefitted female lawyers and led to the development and retention of talent in the profession. Will is currently the group general manager of Telstra Business and was a group general counsel of Telstra prior to this.

The Lawyers Weekly editorial team selects three to six finalists for each of the above Awards.

The respective category judge chooses the winner from those selected finalists.

The Lasting Legacy Award is the only Award that does not take nominations.

Chosen by the Lawyers Weekly editorial team, this Award recognises a leader that has challenged, influenced or changed the practice of law in Australia for the betterment of practitioners, particularly female lawyers.

Fiona McLeod SC, a past chair of the Victorian Bar and a current executive member of the Law Council of Australia will deliver the keynote address. Fiona was a leading figure behind the compilation of the National Attrition and Re-engagement Study Report in March.

You can enter the Awards here.

A full list of last year’s Lawyers Weekly Women in Law Awards winners is below.

The Female Partner of the Year Award