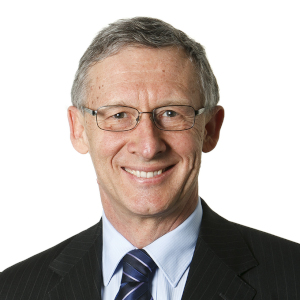 The CEO of the Australian Government Solicitor (AGS) told Lawyers Weekly it is business as usual for the firm, despite the threat of job cuts next year when the AGS is absorbed by the Attorney-General’s Department.

The CEO of the Australian Government Solicitor (AGS) told Lawyers Weekly it is business as usual for the firm, despite the threat of job cuts next year when the AGS is absorbed by the Attorney-General’s Department.

On Monday (15 December), the federal government confirmed that on 1 July 2015, the AGS will be consolidated within the Attorney-General’s Department.

The decision is part of its Smaller Government Reform Agenda, which aims to save $540 million over four years for “budget repair”. The reforms include the abolition of 138 government bodies and the consolidation of 15 others, including the AGS, into existing government departments.

AGS CEO Ian Govey (pictured) said the government-owned law firm would continue to service its clients in a “business-as-usual manner” following the move.

He added that the AGS would have an “independent functional identity” within the Attorney-General’s Department, and that the amalgamation would not compromise the neutrality of the AGS or its lawyers.

In a paper detailing the proposed changes, Finance Minister Mathias Cormann said the savings from the merger would be quantified in 2015 following an internal review.

Govey did not indicate whether those savings would be gained via job cuts. However, Shadow Attorney-General Mark Dreyfus QC has claimed that hundreds of jobs are at risk of being axed.

Dreyfus also argued that the work of the AGS could be contracted out to private law firms for a much higher price, which would negate cost-savings in the long term.

“Closing the AGS is short-sighted and will cost the government into the future,” he said in a statement.

Attorney-General George Brandis QC has claimed Dreyfus’ comments are misleading. When asked about potential job cuts, Brandis told Lawyers Weekly that “at this time” his aim was to transfer all AGS staff to the Attorney-General’s Department.

He added that the Secretary of the Attorney-General’s Department would undertake a review of Commonwealth legal services next year to identify efficiencies that can be gained in government legal costs.

Brandis did not clarify where he expects cost savings to come from or whether private law firms could pick up work traditionally performed by the AGS, when asked by Lawyers Weekly.

Last year’s announcement of the Abbott Government’s plans to address the budget deficit prompted speculation that the AGS could be privatised. A leading academic told Lawyers Weekly at the time that the AGS was simply too small for its privatisation to have any meaningful economic impact.

The AGS is the largest single provider of legal services to government, with a market share of a little over 40 per cent. Last financial year, the firm recorded $111 million in revenue and generated a profit of $4.2 million, up $80,000 on the previous year.

Over the past year, the AGS has advised the federal government on a number of significant matters, including Operation Sovereign Borders, the proposed paid parental leave scheme and the privatisation of Medibank. The firm was also involved in the Royal Commission into Institutional Responses to Child Sexual Abuse and the Royal Commission into the Home Insulation Program.

Govey revealed that the AGS will continue to perform ‘tied work’, or non-contestable work, associated with the constitution, cabinet, national security and public international law. It will also continue to compete with private law firms for non-tied work.