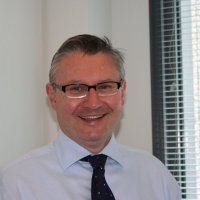 The firm has also recruited A&O of counsel Kylie de Oliveira, who has been appointed as a partner in Clutz’s corporate practice.

Mr Wilkie has returned to Clutz after a five-year absence. He was the head of the national firm’s real estate practice when recruited by A&O in 2010.

Another 13 partners were lured from Clutz that year to launch A&O’s Australian offices in Sydney and Perth.

Prior to his first stint at Clutz, Mr Wilkie was a partner at Gilbert + Tobin between 1998 and 2007.

A&O recently lost its domestic head, Grant Fuzi, who stood down at Christmas.

Clutz has also lost its share of senior partners in recent months. In November, Lawyers Weekly exclusively revealed that a trio of Clutz partners, including John Elliott, the firm’s national M&A head until July 2014, and David Stammers, a former head of the private equity group, had quit the firm.

The departures followed revelations that over a three-month period in mid-2014 Clutz made up to 40 roles redundant across its Sydney and Melbourne offices.