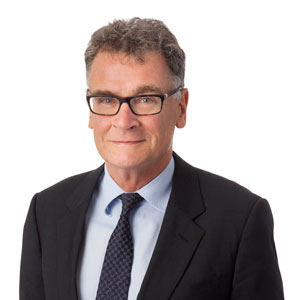 While the Federal Budget delivered few surprises, lawyers are likely to be affected by several changes.

Holding Redlich national managing partner Chris Lovell (pictured) described the Budget as “passive”, with no major or shocking consequences for the legal profession or Australians generally.

However, he noted tax lawyers may experience higher workflows from a proposed crackdown on tax avoidance.

During the Budget announcement, treasurer Joe Hockey said the government would target severe new penalties at 30 multinational corporations that may have “diverted profits away from Australia to avoid paying their fair share of tax”.

“If you're a tax lawyer, the changes to the Part IVA legislation [of the Income Tax Assessment Act] to deal with what they've described as 30 profit-exporting companies would be quite interesting,” he said. “There'll certainly be plenty of work in there for whoever is involved in that.”

In addition, the government signalled its plan to introduce new powers for the Tax Commissioner, Baker & McKenzie's head of tax John Walker said. Under the changes, the commissioner would have discretion to interpret the law in a legislatively binding manner.

“That is a concern,” Mr Walker said. “The reality is that the best way to enforce a tax law is to have clear and concise legislation.”

He also warned proposed tax breaks may not provide the economic boon promised by Mr Hockey.

“Some of the tax initiatives that have been proposed, especially in the context of small business, may be helpful, but they do seem to be focused on attracting votes as opposed to being based on strong economic policy.”

Firms acting for clients with interests in Northern Australia may profit from a $5 billion infrastructure facility introduced for the region.

“We will partner with the private sector and governments of Western Australia, the Northern Territory and Queensland, to provide large concessional loans for the construction of ports, pipelines, electricity and water infrastructure,” Mr Hockey said.

Mr Lovell predicted this change could increase demand for legal services, but cautioned that the long-term effects could be limited.

“It will increase workflows for lawyers but it's not a huge investment fund – $5 billion sounds like a lot, but it won't go that far. It's basically making finance available to people for projects, but the question is, what projects are there?”

Boutique or sole operator law firms could benefit from the government’s tax concessions for small businesses, including a $20,000 deduction for business expenses, according to Law Council of Australia president Duncan McConnel.

“These measures will be welcomed by small firms, and for small firms looking to consolidate, merge, or undergo succession planning,” Mr McConnel said. “This will enable small law firms and barristers to invest in technology innovation to become more efficient.”

However, Mr McConnel joined other legal groups in criticising the government for failing to address the Legal Aid funding shortfall.

“These court systems have already suffered deep cuts and we must consider the nature and extent of further ‘savings’ which may impact properly funding a critical resource.”