The extraordinary upward trajectory of Slater + Gordon, the first publicly listed law firm in the world, has stunned critics and seems to suggest that this model could be a viable business strategy.

But what kinds of law firms can list successfully? And might the transfer of ownership to shareholders compromise the ethics and professionalism of lawyers?

Slater + Gordon recently acquired a $1.2 billion business in Britain, topping off its staggering growth since incorporating in 2001 and listing in 2007. The share price has sailed upwards since 2012 and now sits at $6.14 (see graph).

“In fact, they are the only major success story so far,” Dr Moss said. “They have absolutely shown that you can do it, which is absolutely amazing. The market for their shares is voracious.”

“Training and development investment requires money, acquiring other businesses requires money, so that led us to a conclusion that we needed to expand the capital base of the business,” Mr Grech said.

“We needed access to capital that was more cost-effective than the capital that could be provided by the individual partners or by banks.”

However, this structure does not provide the same cash flow for aggressive expansion into new markets that shareholders do.

“Access to capital for growth is the prime reason [firms] would list,” Dr Moss said. “Then they are able to grow substantiall,y as we’ve seen with Slater + Gordon’s massive acquisition in the UK, which I think was maybe their fifth or sixth acquisition over there.”

New South Wales was the first jurisdiction in the world to permit law firms to become incorporated, be owned by non-lawyers and take external investment.

Slater + Gordon was the first firm to go down this route – but, despite its success, only a handful have followed in its footsteps.

The dramatic failure of professional services company ILH Group, which had a listed law firm component, presents a harsh warning for firms scoping out this option. ILH fell to pieces last year, going into voluntary administration in December after making a net loss after tax of 540 per cent between FY13 and FY14.

According to Dr Moss, one of the dangers of listing is the exposure to market forces, which drives down salaries and makes it more difficult to recruit talented lawyers.

“It’s simple economics,” he said. “It won’t work. You won’t get the best and brightest corporate lawyers if you are going to pay them, say, $150,000. It might be what the market says they are worth, but now they are getting a million dollars so why would they join you?“

He said Slater + Gordon offers salaries at competitive market rates, short-term bonuses for high levels of performance and a share in the equity of the firm for some staff.

Many employees also chose to buy shares with their own money, which is matched by contributions from the company.

“We certainly haven’t been held back in our ability to retain great people,” Mr Grech said.

“We understand it is not a model that everyone wants to be part of. That’s perfectly fine. We are not trying to recruit every lawyer or every manager or every support staff member in every law firm in the world. We are trying to recruit a cohort of those people – and so far our remuneration structure has been an aid in us doing that.”

Dr Moss said many of the law firms he has worked with have considered listing, but “it is one of the options that gets struck off fairly early”.

However, the word on the street is that other countries are looking to follow Australia’s lead and several firms are seriously considering listing, he added.

“I know of two firms in Australia and seven firms in the UK who are actively considering an IPO.

“I also know of one firm in Australia that has recently decided not to IPO after many months of consideration and discussion among the partners.” 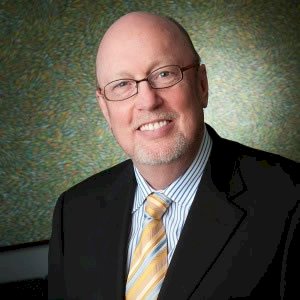 Law as a commodity

Surveying the field, it seems like the “big end of town” (law firms that service large corporate clients) is more hesitant to incorporate and list than firms that deal with high-volume, low-value work.

“High-end transactional corporate firms will most likely never go public, nor should they,” Dr Moss said.

At this level, clients demand top-quality personal service from their legal advisers and they are prepared to pay high fees, he said.

This type of service does not lend itself to commoditisation and cannot be “leveraged and grown through firms going public”.

High-value, relationship-based work cannot be easily replicated on a large scale, broken into individual parts or infused with technology to create the basic units of a scalable company.

“It is all about economics and the marketplace,” Dr Moss said. “Lower end high-volume compliance type work like PI, conveyancing and other insurance products … can be done by much lower-paid professionals and the market demands the lowest possible price for this work.

Once you get the business structure right, the potential for growth under this model is virtually unlimited, he said: “How good is the management is the big question.”

Mr Grech said there were “some commonalities” between the publicly listed law firms, but pointed out that Slater + Gordon has varied services.

“It is actually not true to say that we only do high-volume, low-value work.

“We are almost exclusively a law firm that deals with the problems of individuals, what is sometimes described as personal or consumer legal services.

Mr Grech said outside capital was not only useful in a high-volume, low-value transactional space, but he agreed firms specialising in this area tend to benefit most from scale and are more likely to attract investors.

The absence of publicly listed multinational corporate firms is a result of the differing legality of this model in different jurisdictions, he added.

Tax laws also make it ”unnecessarily difficult” to make the switch: “For many, the tax implications of moving their businesses from partnerships to incorporated, let alone a listed company, would make it very difficult.”

Handing over control of law firms to investors with no legal experience and exposing firms to the whim of the market has caused contention and concern.

When pressure is placed on lawyers to meet the expectations of shareholders, conflicts of interest can arise that may influence the quality of advice given to the client and compromise client legal professional privilege.

“There certainly are, at a theoretical level, some challenges [but] they are not insurmountable,” Mr Grech said.

“There is quite a lot of evidence now available to suggest incorporated law firms, whether they are publicly listed or not, actually create an environment where better conduct is encouraged.”

A report conducted last year in the UK concluded that “the dire predictions about a collapse in ethics and a reduction of access to justice as a result of alternative business structures have not materialised”.

“The available evidence provides an unequivocal affirmation that non-lawyer ownership poses no practical or real threat to ethics or professionalism,” Mr Grech said.

“What it does is shine a light onto the firm – and that is only a good thing in all business.”

Figure 1: Chart of annual prices for Slater + Gordon since listing in 2007. (Source: ASX) 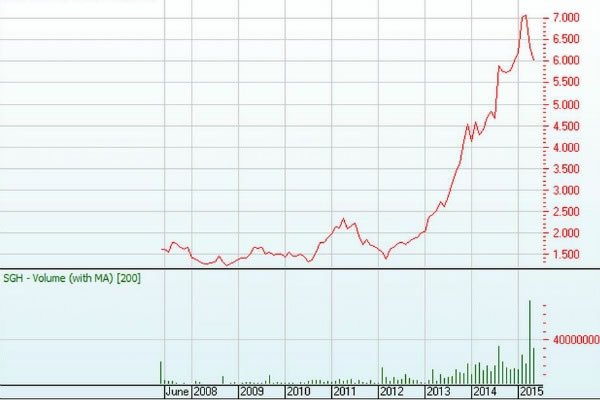