Home/
News/
30 Under 30 finalists want in on FWC hearings

30 Under 30 finalists want in on FWC hearings 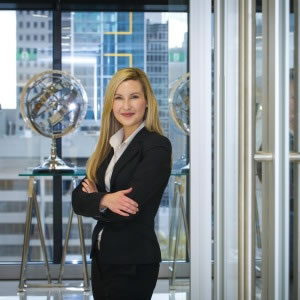 The restrictions on legal representation in Fair Work Commission (FWC) hearings have been challenged by young workplace relations lawyers.

Finalist Jessica Main (pictured right) from McKean Park Lawyers said the legislation that allows the FWC to block lawyers from hearings must be removed.

“The current process requires lawyers to make oral or written submissions as to why permission should be granted to represent his or her client,” she said. “This process causes unnecessary cost and concerns.”

Ms Main was elected as president of the Young Lawyers section of the Law Institute of Victoria in 2014.

“Legal representation before the Commission should be allowed as of right, rather than at the Commission's discretion,” she said.

Unions have raised concerns that allowing lawyers into hearings will disadvantage employees who do not have same resources to ‘lawyer up’ as their employers.

Ms Gulle said there is a “real need” to increase legal aid services for individuals who are not union members or are unable to afford private legal representation.

Employers would spend less money defending against “unmeritorious, vexatious or weak claims” if employees had access to legal advice at an early stage, she said.

“An increase in funding for, and expansion of, legal advice services should assist in reducing the number of such claims,” she said.

Ms Gulle acted in the landmark decision of a full bench of the commission which established the temporal scope of the new anti-bullying jurisdiction.

"Similarly, Michelle Blewett, a finalist from the Printing Industries Association of Australia, argued that the “prevalence of frivolous and vexatious claims of unfair dismissal and discrimination … make a mockery of the system”.

“The ‘access to justice’ imperatives of the unfair dismissal jurisdiction of the Fair Work Commission and the anti-discrimination complaints jurisdiction of the Australian Human Rights Commission facilitate the ease by which an applicant can lodge a claim, and solicitors are not required to certify their belief that the case has reasonable prospects of success, as is required in other jurisdictions before commencing an action,” she said.

“The legal profession as a whole could be improved by solicitors asking themselves, hand on heart, ‘Do I believe this case has merit?’, and only advancing a realistic portrait of the case to the extent that it does. The introduction of a declaration to this effect that must be completed by an Applicant's solicitor before initiating proceedings would bolster the integrity of the profession". 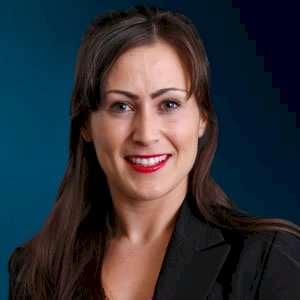 Finalist Alana Heffernan from Maurice Blackburn said the profession should develop a way of recognising those lawyers who specialise in industrial or employment relations such that clients can more easily identify lawyers with specific and relevant experience in this area.

“I believe that all parties to an employment dispute can be disadvantaged by one party being represented by a lawyer with little or no experience in this practice area,” she said.

Ms Heffernan co-founded the Maurice Blackburn LGBTI network and recently obtained a nearly $1,000,000 settlement for a client in a dispute regarding the contravention of an enterprise agreement.

Nathan Moy, a finalist from Clayton Utz, said there was a discrepancy between what is taught in law school and the skills needed to practise.

“I remember the first time I was asked to draft an interlocutory application in proceedings in the Supreme Court. I sat staring blankly at the screen for ages, thinking, ‘What am I supposed to do?’

“Understanding how to apply the law in practice is particularly important in workplace relations—our field is not just about the letter of the law, but the ability to manage complex legal problems that often involve relationships between two individuals.

“I think there is more that can be done by universities to ensure that graduates have practical legal skills that will set them up for practice.”

The Workplace Relations, Employment & Safety Award will be presented at the Lawyers Weekly 30 Under 30 gala event in Sydney on June 5. Tickets are on sale now – to secure your seats, click here.

30 Under 30 finalists want in on FWC hearings