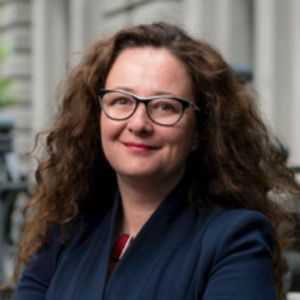 As seen this week through former High Court judge Dyson Heydon's admission that he doesn't use email, many judges are not up-to-date with latest technological trends.

Social media users are well-acquainted with the mechanics and culture of the various platforms but few judges have embraced these new mediums, said Natalie Hickey (pictured) from Owen Dixon Chambers West in Melbourne.

“One cannot, of course, assume that judges are as familiar with social media as those who appear before them,” Ms Hickey said.

Lawyers must 'know their audience' and provide extensive evidence that explains the 'ins and outs' of social media in defamation cases, she said.

Defamation cases hinge on the capacity for published content to negatively affect a person’s reputation. Therefore, understanding the lifespan and influence of posts on various mediums is relevant to ascertaining the impact of a message, she continued.

“That is, there is no point in just putting on evidence about something that happened on Twitter. It's sensible to provide a very detailed evidentiary explanation of how Twitter actually works."

Ms Hickey continued: “So [for example] users of Twitter and Instagram will be quite familiar [with the fact] that it's a bit like a ticker-tape feed or stock market prices – it rolls on a scrolling basis – and therefore has a very limited life, even if the data actually exists for a very long time.

“If you don't explain that to a judge then there is a risk that [they] will attribute a meaning to a tweet that may not actually be there in real life.”

Concepts such as ‘likes’, ‘news feeds’ or ‘walls’ on Facebook, and activities such as 'favouriting' or 're-tweeting' on Twitter will be foreign and “perplexing” to many judges, she said.

Another issue with Twitter is that users are constrained to 140 characters.

“That obviously leads to messages which can be not properly conveyed, but it also means that people are much more blunt in what they say to each other,” said Ms Hickey.

Defamation laws and precedents have been framed by an assumption that messages will be either spoken or conveyed at length in written formats.

“[But] a lot of these social media forums are like talkback on radio; people might say outrageous things and then forget them,” said Ms Hickey.

A silly tweet, therefore, may not have the same effect on a person’s reputation as might be expected if the same message were published in a different context, she added.

“If someone tweets 'OMG you're just like Hitler LOL', or whatever, […] people on social media forums know that it’s just extravagant language, which is unlikely in real life to cause anyone to think less of the person who has been targeted,” she said.

However, “likening someone to Hitler could be regarded as extremely serious” by a conservative judge, she said.

This is not a far-fetched example; in June last year two Melbourne-based artists were ordered to pay $450,000, after defaming a former gallery owner by calling him Hitler and claiming (incorrectly) that he had sexually assaulted staff.

“The trial judge took that extremely seriously and […] that particular decision was overturned and [went] back to trial,” said Ms Hickey.

This absence of the judiciary from the Twittersphere and Facebook community is intentional: “Most judges are quite sensitive about their social media presence and about whether or not to have one,” she said.

One “sophisticated example from a judge using social media” is Justice Lex Lasry, she said. Justice Lasry (@Lasry08) identifies as a Supreme Court Judge on Twitter but posts in a personal capacity.

Judges’ interpretations of defamation law will simply shift as they come to better understand the culture of social media, she argued. “There is a process of education required along the way.”

While judges overcome this steep learning curve, however, lawyers would be well advised to be extremely careful in how they use social media professionally, she concluded.