Home/
News/
Beyond the buzzword: What is culture and how do you change it?

Beyond the buzzword: What is culture and how do you change it? 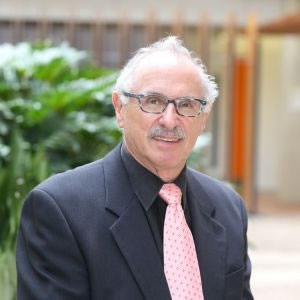 Law firm culture springs, in part, from the hidden, underlying assumptions of employees – and the key to change is to draw these out into the open, according to a professor of management.

According to common lore, law firms live and die by their cultural strengths and failings. ‘Culture clashes’ can derail mergers and finding a ‘cultural fit’ is a basic tenet of recruitment.

But what elements make up culture? What makes a culture commercially successful? And, most importantly, how can law firms change their culture?

Neal Ashkanasy (pictured), a professor of management at the University of Queensland, uses a three-level model to describe culture.

“It's like an iceberg,” he said. “The level that shows above the water [we] call cultural artefacts.”

For the legal industry this might include the wigs, the courts, the look of the office, and even “the way the receptionist has arranged the certificates on the wall”, he said.

The second level down, “below the water but still visible”, are the espoused values of the firm, Professor Ashkanasy continued.

These are the values and mission statements that “we write down and we aspire to follow”, he said.

“[We] wave lots of flags and bang lots of drums about [meeting these values],” he said.

However, these are not always reflected in the behaviours of employees because there is another level ‘below the water’ that is difficult to detect.

This is what Edgar Schein, the US academic who invented the three-tier model in the 1980s, called the underlying assumptions.

These hidden agendas do not always align with the stated values and objectives of a company, and can be the root cause of client dissatisfaction and attrition.

By way of example, Professor Ashkanasy referred to a study conducted by one of Mr Schein’s students using an ethnographic approach to studying culture.

This is a “live with the natives” method whereby a researcher or consultant walks around the office, watches behaviour and listens to conversations to get a feel for the organisation.

“At one stage [the researcher] was sitting in the office at one of the partners of the firm and the partner's secretary came in and said, 'Excuse me, major client X is on the phone'. The guy – almost without looking up – said, ‘Put the arsehole on hold’.”

The firm was leaking revenue at this point and “the reason the clients were leaving of course was that they were picking up this disrespect”, said Professor Ashkanasy.

Similarly, reward structures, such as billable hours in law firms, often create a conflict between expressed values and employee behaviour, according to Professor Ashkanasy.

“Law firms have the ‘up or out rule’ – that you have to maximise your chargeable hours,” he said.

“But sometimes the maximisation of those chargeable hours can be done in a way that is self-serving towards the law firm instead of really serving the interests of the law firm's clients.”

True cultural change can only be achieved if law firms take the time to recognise deeply buried assumptions and bring the conflicts between and stated values and behaviours out into the open, he said.

However, Professor Ashkanasy said organisational culture is not directly tied to economic performance.

“The evidence in that regard is generally mixed,” he said. “The main secret to corporate success is really adaptability.”

A deeply ingrained culture or mindset can block the road to success if it does not allow the company to change with the times, he continued.

“That's a rather depressing view,” he added.

“Cultural consultants say you can change it, but you really need people to come to grips with those assumptions. If you aren't challenging those assumptions, deep down nothing is going to change.”

Recruiters often use the term ‘cultural fit’ when describing the qualities they are looking for in a lawyer.

However, the search for a ‘cultural fit’ rarely goes deeper than whether a candidate is likeable and presentable, according to Mr Ashkanasy.

“People do recruit for cultural fit, but they don't quite know what that is,” he said.

Joel Barolsky, the managing director at Barolsky Advisers, said the term ‘cultural fit’ was used “very generally” by law firms. Many firms screen candidates to ensure they are not offensive, egotistical or disruptive, but do not often go beyond that, he said.

“They look at that aspect rather than seeing if they fit with the prevailing culture,” he said. “It is not so much cultural fits as cultural misfits.”

Both Mr Barolsky and Professor Ashkanasy agreed that interviews are very limited in their capacity to determine whether a candidate is a ‘cultural fit’.

“I've always said the main role for the interview is to just discover that the person doesn't fart and belch,” Professor Ashkanasy joked.

“But after presenting reasonably well in interview, it really comes down to doing some tests that are actually related to […] what the person is going to be doing in the workplace.”

The real judgement of whether a lawyer is a ‘cultural fit’ comes after the recruitment process has concluded, according to Professor Ashkanasy.

“They then test people and shovel them out if it is quite clear they don't fit with the culture,” he said.

Beyond the buzzword: What is culture and how do you change it?