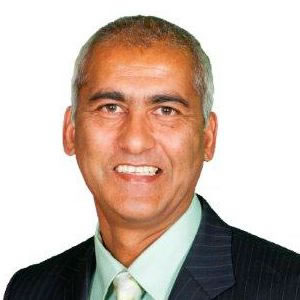 As new Prime Minister Malcolm Turnbull settles in, government lawyers are anticipating an uptick in work and new relationships due to departmental reshuffles.

According to Mills Oakley partner Vince Sharma, who heads up the firm’s Canberra office, new leadership usually heralds a re-organisation of responsibilities between various government departments.

He believes these government changes are “always a good thing for lawyers”.

Indeed, in the two weeks since Mr Turnbull assumed leadership from Tony Abbott, the government has released a number of administrative arrangements orders signed by the Governor-General.

“To some extent, it's about shuffling deckchairs – when your deckchair gets moved to a new space, you have an opportunity to compete for quality work in that space,” he said.

Moreover, department consolidations can generate their own legal work as staff shift locations and new premises are opened.

“If you consolidate departments or areas […] invariably that requires the removal of people, possibly associated infrastructure and associated space,” Mr Sharma said.

“You immediately get transactional work associated with those changes. Relocation of individuals and function also gives rise to the leasing and property work, commercial and program work.”

He suggested Mills Oakley had built strong practices around renewable energy, privacy and FOI – meaning the firm was likely to benefit from new ties at the Department of Environment and the Department of Industry Innovation and Science, among others.

Mr Sharma acknowledged that there was also a risk of losing work as matters get shuffled around. However, he suggested firms can avoid this risk by focusing on client relationships.

“If you're confident in your performance and your client relationships, they'll support your offering in the new entity. You need strong embedded relationships that are transportable,” he said.

On a broader scale, he suggested new leaders usually introduced new policy initiatives, pointing out that Mr Turnbull has already announced a $40 million domestic violence package including funding for lawyers.

“As the new PM beds down policy and new initiatives, I think that will result in greater workflow and opportunities for law firms and other service providers,” he said.

“Going into an election year, I suspect there are going to be a lot of initiatives that flow in the next 12 months.”