City planning lawyers pull communities back to the future 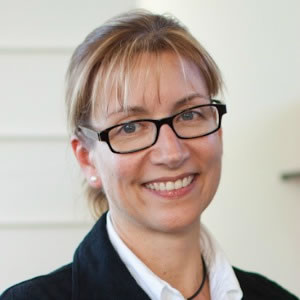 Planning and development law is all about dealing with the future, but the intangible and sometimes scary nature of progress often drives conservatism and opposition.

"One of the interesting parts of this area of the law is that you are dealing with the future," said Sally Macindoe (pictured), the national leader of Norton Rose Fulbright's environment and planning practice.

“[In environment and planning law] you are not litigating about something that has already happened,” she continued. “You are not drafting here and now.”

This poses a particular challenge for lawyers working in this area, as they need to predict the functioning of a piece of infrastructure or a building before it has been constructed.

“You are preparing proposals that will take place in the future, so you need to be able to call the evidence and use the tools that show what something is going to look like,” said Ms Macindoe.

With massive population growth in cities predicted over the next decade, we need to focus on delivering the hospitals, schools, community facilities, roads and public transport facilities to meet future demand, according to Ms Macindoe.

“The big issue in my area of practice at the moment is coping with Melbourne's growing population and the demands that places on the delivery of infrastructure,” she said.

But authorities and planning lawyers must first allay the fears of interest groups and communities, which have become increasingly engaged in the planning process assisted by the use of social media.

“We are seeing an increase of social media activism,” she continued. “[Social media] is a good way of getting information out there but it can also attract large volumes of objection and commentary from people who aren't necessarily directly affected.”

For example, the recent amendment of the Victorian Civil and Administrative Tribunal Act to consider the volume of objection to a development proposal has in some instances created a furore of social media activity, according to Ms Macindoe.

“I don't think it’s the government's intention – but what we are seeing happen is social media calls to arms to get as many objections lodged as possible on the expectation that the tribunal will have to say, ‘well, there are two or three hundred objectors here, we will have to say no’.”

City planning lawyers pull communities back to the future