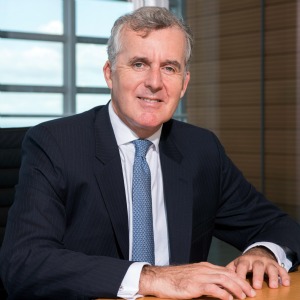 Pooling profits across countries is rather unusual, particularly for a firm as large as Jones Day, but it provides an incentive to share work internationally – to the clients’ benefit, says new Jones Day partner Mark Crean.

“Having one profit pool removes what might otherwise encourage behaviours that would not end up with the work being done by the best person in the best place, wherever that may be,” said Mr Crean (pictured), a former Herbert Smith Freehills deputy senior partner who joined Jones Day this week.

Mr Crean’s view is shared by Jones Day’s partner-in-charge in Sydney, Tim L’Estrange. He believes that sharing revenue globally means that lawyers tend to remain neutral about whether a client is serviced within their office or at a Jones Day office on the other side of the world.

”Neutrality is really important because you don't want to have people in, say, Australia hanging on and trying to do what should properly be being done in, say, Japan or North America because they want the revenue to flow to this country,” he said.

“It is important to align the structure of the firm with the delivery of its services,” he added.

Jones Day is one of the largest US law firms, with 2,400 lawyers across 42 countries. It launched in Australia in 1998 and now has offices in Sydney and Perth.

It is a law firm in the traditional sense, with every partner worldwide contributing to a single profit pool.

“We do not structure ourselves along different geographies, different regions, different countries – there is just one pool of revenue,” said Mr L’Estrange.

Other global firms, such as Norton Rose Fulbright, King & Wood Mallesons, DLA Piper, Dentons and Baker & McKenzie, operate as a single brand but are actually swiss vereins, with each entity within the firm having a separate revenue pool.*

Mr Crean, who was previously the chairman of Freehills, oversaw the initial phase of the firm’s global merger with Herbert Smith – but also saw a rapid transformation across the Australian legal market.

“There is no doubt that the industry has changed,” Mr Crean said. “Internationalisation has caused turbulence. I think it is too early to tell who the real winners and losers will be.”

He said mergers involved some level of risk and needed careful management.

“Will we see more mergers?” he asked. “I think you look at what's happening with Slater and Gordon at the moment, you can see the downsides of mergers if you take on too many things or get distracted.”

Mr L’Estrange said it should come as no “great shock” to lawyers that international corporations are seeking as much alignment as possible from service providers.

“So if you are sitting in Palo Alto in California or in Frankfurt there is increasingly a desire to try to use [the same] firm,” he said.

“That means, however, that well-disciplined, well-respected firms operating in multiple jurisdictions will probably continue to pick up cross-border work.

“True, there will always be work in a domestic market for domestic players. But there are significant benefits ‎to global alignments,” he said.

*Hogan Lovells has a single profit pool worldwide but was previously incorrectly listed as a swiss verein in this story.