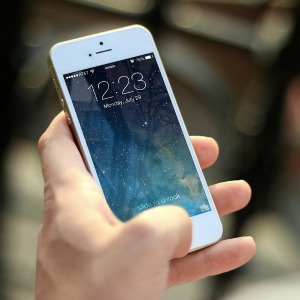 Access to work emails after hours is necessary to provide flexibility for lawyers, but care should be taken not to cause burnout, leading partners have said.

Speaking with Lawyers Weekly, Hunt & Hunt partner Charles Bavin said: “In today's world, clients expect to be able to contact their lawyer after hours if required.”

He continued: “Clients are generally pretty good at determining if it can wait until the next morning. If it can't, then clearly it is important or urgent enough to warrant being able to contact us and have the issue dealt with.”

Mr Bavin said that Hunt & Hunt issues work smartphones to the firm’s partners, senior associates and any associate who requests one, to enable them to access their work emails and notifications without using their personal mobile.

“They can thus keep their work separate from their personal lives if they choose to do so,” he said.

Research has shown that email push notifications after hours can be a source of stress. In a recent study by the London-based Future Work Centre, for instance, authors said emails are a "double-edged sword" that provide a useful means of communication but can also increase stress levels.

This study, which surveyed around 2,000 UK workers, found that leaving email notifications on all day and checking emails late at night and early in the morning were stressful habits.

A survey released by the Law Society of Scotland last year also found that lawyers felt there was an expectation on the part of their clients and their employer that emails would be answered instantly.

“Generally, respondents felt that this had impacted upon their ability to completely ‘switch off’ from work, and felt that it allowed work to invade their personal life,” the report said.

Mr Bavin said, while it’s mandatory for Hunt & Hunt partners and senior associates to be able to access work emails after hours, they don't expect their lawyers to routinely work after hours.

“Those that consider they need to be available for clients, or who like to keep in touch with what is coming into their inbox after hours or on holidays, then they can,” he said.

“For some it will intrude on their personal/family life. For most it is a facility that enables them to keep in touch if they choose to do so. For some lawyers they get more stressed if they don't know what is happening in the office.”

“I don’t ever try to work out what balance means for other people. If you try and be too prescriptive about it, then you’re actually imposing your own standards on others,” Mr de Souza said.

Mr de Souza said that access to work emails outside of work hours should be a personal choice, and should improve flexibility rather than be a burden.

He said that Colin Biggers & Paisley doesn’t enforce or restrict lawyers to have access to work emails outside of work hours.

“It’s about giving people flexibility and options, but the difficulty is because we have so many driven people, people who are so consumed and love what they do, sometimes that leads to an imbalance in some people,” he said.

“The flexibility is meant to make things easier, not harder, but unfortunately some people do allow it to make their lives a little bit harder, and I guess in the law it’s not just some people, it’s probably a lot of people.”