Controversial issues can bring healthy public interest in the legal process, but lawyers have a responsibility to shape the debate, according to the new president of the Queensland Law Society.

Speaking with Lawyers Weekly, QLS president Bill Potts (pictured) said public engagement, such as in the Baden-Clay case and one recent coward punch case, is a “great thing”.

“Queensland is, I'm pleased to say, a place where there is considerable public interest in the justice system,” said Mr Potts.

Public interest in the legal process ensures that Queensland has “a justice system for all”, he continued.

However, public opinion “is not always reasoned, not always well informed”, he added.

“That is sometimes a failure of the courts or of lawyers to explain to the public why things have occurred in a particular way,” he said.

Mr Potts said lawyers have a role to play in articulating the legal process to the public to “encourage reasoned debate surrounding what can be seen to be controversial issues”.

Mr Potts said he was planning to work with the heads of jurisdiction and the Attorney-General to prevent this sort of controversy occurring again.

“The reality is there have been considerable eruptions surrounding the appointment of judicial figures in Queensland,” he said.

He supports a judicial commission “or at least a proper process by which judges can be appointed according to merit rather than by [an] ad hoc system“.

“I am very pleased that the controversy surrounding the former chief justice was resolved,” he continued.

“I believe that Tim Carmody did the honourable and proper thing, and deserves everybody's recognition of his fine qualities. I am very pleased to see that the courts are unified behind [the new chief justice].”

Mr Potts, “a criminal lawyer by trade”, moved to Queensland from Victoria in the 1980s after studying law at Monash University.

“I became a senior partner at a firm called Price & Roobottom Solicitors, which was a terrible name, but was the Gold Coast's oldest firm,” he said.

“And, about eight years ago, I formed a specialist criminal firm called Potts Lawyers – good name,” he laughed.

Mr Potts has long been an active member of the QLS, sitting on the criminal law committee and acting as a councillor since 2012. He is also the founder of the Australian Defence Lawyers Alliance, a referral and education network for criminal lawyers.

Mr Potts describes himself as “endlessly curious” and lists reading and talking to people as his chief hobbies.

“I am an enthusiast – I can tell you that. So anything I do I go boots and all, and at the moment the QLS is what I'm doing – boots and all,” he said.

Mr Potts has a long list of priorities for his 12-month term as president, ranging from discussing the potential introduction of the Uniform Laws to making submissions to government on the proposed Human Rights Act for Queensland.

“The reality is that it is a big agenda and I will be working as hard as I possibly can to further it,” he said.

Securing more resources in the Federal Circuit Court is also a key priority for Mr Potts.

“At the present time we have delays of anything up to two years to get a hearing, and in some cases after that a further 18 months to get a judgement,” he said.

“The result of that is that there are significant numbers of members of our community that are being denied justice.”

Mr Potts also wants to encourage the government to “look very carefully at the good work that CLCs do for our most impoverished and vulnerable citizens”.

“CLCs are about to hit a fiscal cliff,” he said. “I want to encourage the government to see that their work is both valuable and, in fact, saves the justice system and the community money.” 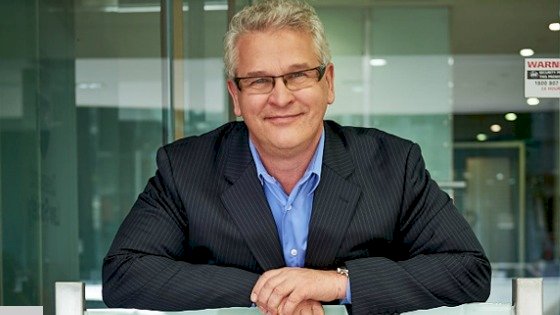