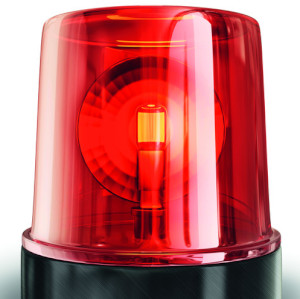 The Law Council of Australia and Australian Bar Association have issued warnings to the Malaysian government, following proposed amendments that “threaten” the independence of the country’s legal practices.

The Malaysian government has proposed a number of changes to the country’s Legal Profession Act 1976 (LPA), including a provision to grant the minister in charge of legal affairs the power to appoint two members of government to sit on the Bar Council.

Other amendments proposed include a significant increase in the quorum requirement, the prevention of postal votes, and a requirement of 10 or more years’ experience as an advocate and solicitor, restricting the ability of many state Bar members to run for Council.

In an open letter to the Malaysian Prime Minister Najib Razak, Law Council of Australia president Stuart Clark AM said he is deeply concerned about how these proposed changes would impact Malaysian lawyers and Malaysian democracy more broadly.

“The Law Council believes an independent Bar Association is an essential requirement for the protection of citizens’ rights in a democratic society,” said Mr Clark.

“The amendments proposed by the Malaysian government significantly restrict the powers of the Malaysian Bar Council to conduct itself in an impartial and independent manner.”

In the open letter, Mr Clark also noted that the proposed amendments appear to contravene both the UN’s Basic Principles on the Role of Lawyers, and the International Bar Association’s International Principles on Conduct for the Legal Profession – both of which aim to protect the independence of bar associations.

“The Law Council is aware of the proud and respected global standing of the Malaysian Bar Council and fear the Malaysian government’s proposed amendments will threaten that position,” he said.

“True independence strengthens the effective administration of justice as well as increasing the integrity of the legal and political systems.

“Malaysia, as a country which represents the Rule of Law, should desist from any action which could stifle the independence of the Malaysian Bar Council.”

“Among those shared values is the acknowledgement that an independent legal profession is one of the essential prerequisites for the protection of human rights, the Rule of Law, good governance and democracy.

“The Association supports the ongoing independence of Malaysia’s legal profession and respectfully requests the government to reconsider the proposed amendments which threaten the independence of the Malaysian Bar.”

“The Malaysian Bar has long been a defender of human rights and the Rule of Law,” he said.

“It is that very independence which has benefited the people of Malaysia for many years, however under such an arrangement, the Malaysian Bar’s ability to address on controversial issues that are at odds with the government will be compromised.

“As a consequence, the interests of the people of Malaysia would be adversely affected.”