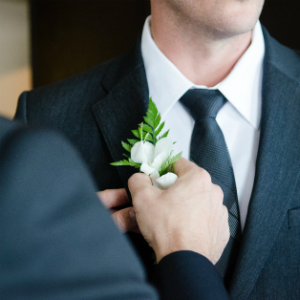 The federal government’s promise to hold a plebiscite for gay marriage has been described by some quarters of the legal profession as a constitutionally unnecessary and discriminatory measure.

Attorney-General George Brandis and retired High Court judge Michael Kirby went on the public record this month with their views on a gay marriage plebiscite.

The plebiscite will be a national vote cast on the question of whether laws should be passed to allow gay marriage and, unlike a referendum, does not propose to amend the constitution.

In separate interviews on ABC’s Lateline, the attorney-general and former High Court judge gave different takes on the would-be vote.

Pointing to the nation’s track record of other similar votes, a total of three in Australia’s history, Mr Kirby said such a measure has not been employed by the Australian parliament in 100 years. He described the plebiscite as an “interposing additional step in the law-making process” and warned it would set a bad law-making precedent.

“We should be strengthening parliament, not weakening it,” Mr Kirby said.

“It’s a discriminatory step. It’s a step that is designed by those who propose it in the hope of defeating and delaying equality for citizens.

“It's unfair to people who are of a different sexual orientation or gender identity and it’s a bad precedent for our law-making.”

Mr Kirby distinguished Australia’s current situation from the 2015 marriage equality referendum held in Ireland, saying the provisions of Ireland’s constitution urged the non-compulsory vote in that country. He suggested a review of Australia’s own history would better inform the likely outcome of a gay marriage plebiscite, and noted the overwhelming majority of times Australians have voted against change.

“I think we would draw better inferences from our history on constitutional referendums, and on that matter, we have a record of 44 proposals that have been put to the people at a referendum and only eight have succeeded. Australians vote ‘no’ when they get a chance," Mr Kirby said.

Meanwhile, Mr Brandis told Lateline that the government mandate to see the gay marriage plebiscite through followed a robust debate during the federal election campaign in July. He suggested the plebiscite offered the clearest path to marriage equality in the foreseeable future, adding that he was sure the public would vote ‘yes’.

“There is a variety of views across the gay community, but I think that most of the mainstream gay interest groups and stakeholder groups are pragmatic enough to understand that this government, having adopted this policy a year ago, having taken it to an election, is determined to ensure that there is an act of public choice,” Mr Brandis said.

The government introduced its plebiscite policy despite the High Court of Australia finding that the constitution’s definition of marriage includes a marriage between persons of the same sex.

The Law Council of Australia highlighted the viability of parliament passing marriage equality legislation in a submission to the Senate and Legal Constitutional Affairs Committee last year.

In its submission the Law Council noted that as a matter of law, it was not necessary to hold a popular vote in the form of plebiscite on the matter of marriage in Australia and that parliament has the constitutional power to legislate with respect to same-sex marriage.