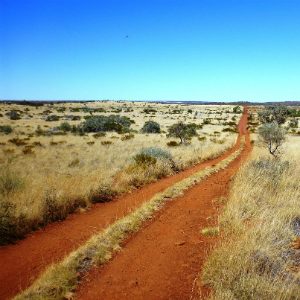 The Federal Court’s recent native title decision for the people of Timber Creek is an important but poorly understood part of the native title story, the president of the National Native Title Tribunal (NNTT) has said.

Raelene Webb QC has underscored the significance of the $3.3 million compensation awarded to native title owners of Timber Creek in the Northern Territory.

Ms Webb, who is the NNTT president, described the Federal Court’s decision in Griffiths v Northern Territory as historic, adding that it marked a “new and not well understood chapter in the native title story”.

In her opening remarks at a native title workshop held in Sydney, the president put the recent Griffiths decision in context of Australia’s other native title claims. Some 20 years since the landmark Mabo decision, only one of three approved determinations has been subject to judicial review, the Griffiths’ Timber Creek claim, Ms Webb said.

“Twenty have been discontinued, nine dismissed, two withdrawn and there have been three approved determinations.”

The other two approved determinations for claims over Barkindji in NSW and De Rose Hill in South Australia were settled, Ms Webb told audience members.

In August the Federal Court handed down its decision in Griffiths, explaining for the first time how to determine an award of compensation for those who had lost their native title rights.

The $3.3 million compensation was awarded to the indigenous custodians of Timber Creek, concerning land located 600km south-west of Darwin.

The Northern Territory government has since lodged an appeal against the decision to grant the Ngaliwurru and Nungali people the money in compensation for their lost native title rights.

The NNTT has partnered with Gilbert+Tobin to host workshops explaining the legal implications of the decision. Workshops have already been held in Sydney and Perth while two more sessions will be conducted in Brisbane and Melbourne later this month.

G+T partner Marshall McKenna said the opportunity to collaborate with the tribunal and explore the decision from the perspective of all stakeholders was an honour.

“Compensation in relation to native title rights will take some time to be ascertained and it is not yet clear where the ultimate liability will lie,” Mr McKenna said.