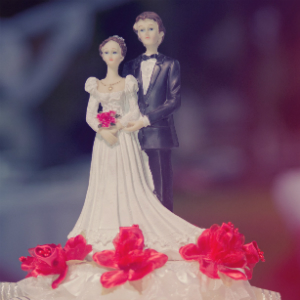 Calls for the government to back down on plans to proceed with a plebiscite on same-sex marriage have received endorsement from four law firms, as the political debate on the public vote comes to a head.

Members of the Australian Labor Party caucus plan to discuss whether to block the plebiscite today, while Attorney-General George Brandis has ramped up efforts to plead with the opposition.

During a doorstop interview on the weekend, the A-G told reporters that the government is committed to upholding the plebiscite as an “election promise”.

“If you believe in marriage equality as I do, and as I believe the overwhelming number of Labor members do, then this is the most immediate and the only feasible opportunity for marriage equality in the foreseeable future,” Senator Brandis said.

The Law Institute of Victoria (LIV) released a letter last month declaring its support for the removal of the legal restrictions that prevent the marital union of same-sex couples. The group does not believe a plebiscite is the most appropriate way to achieve this outcome.

In the letter, LIV president Steven Sapountsis argued the protection and promotion of rights must not be determined by “popular opinion”, which the process of a same-sex marriage plebiscite would legitimise.

“Equality before the law is a fundamental requirement of the rule of law, and not a matter of public opinion,” Mr Sapountsis said.

“Legally, historically and practically, protection and promotion of equal rights of and for minority groups in Australia, is a matter for Australian law and the Parliament. These rights cannot be subject to popular opinion at a point in time, and unless they are subject to a constitutional limitation, do not require a plebiscite or a referendum to be changed or enforced,” he said.

The LIV letter also supported the Law Council of Australia’s policy position on the issue.

Citing the view of the Australian Human Rights Commission, Mr Sapountsis reiterated that a public vote is an inappropriate process to redress what is effectively discrimination under the law. In his view, the fairest way to proceed is by reforming marriage legislation through Parliament.

“The Australian Human Rights Commission has noted that public votes are not an appropriate instrument by which to resolve issues of fundamental rights.”

“Parliament has the power to legislate for marriage equality under section 51(xxi) of the Commonwealth Constitution, and we encourage you to pursue that course rather than proceed to an ineffectual plebiscite,” Mr Sapountsis said.

A statement released by Bakers on behalf of the bloc said there is no justification for the “social dislocation” a plebiscite will cause.

“It is hoped that other members of the legal profession will make the same open commitment to ending this form of discrimination, not just by signing the marriage equality letter but by publicly requesting that the government reconsider its position,” the statement read.

Bakers recently hosted a panel talk about the most respectful way to engage public dialogue on the issue, while Maurice Blackburn has offered its pro bono services to any members of the LGBTI community who experience vilification as the debate heats up.