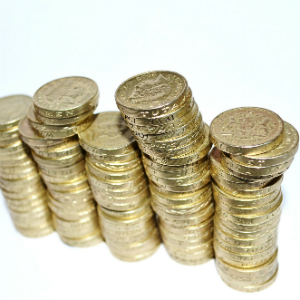 The Law Society of NSW has applauded the state government’s decision to provide a $6 million ‘rescue package’ to community legal centres.

The society released a statement this week, praising the state government and Attorney-General Mark Speakman SC for committing the additional funds. Law Society president Pauline Wright said the money will go towards filling the gap left by the federal government’s proposed CLC funding cuts of up to 30 per cent.

“Without the decisive action of the NSW Attorney-General, 37 community legal centres across the state would have faced major funding cuts and job losses in July this year, resulting in the most vulnerable people in our society being denied adequate and timely legal advice and services,” Ms Wright said.

“Community legal centres already face financial pressures, and the federal government’s proposal would have seen centres like Redfern, Northern Rivers and Illawarra facing cuts of more than 20 per cent.”

Ms Wright said the historical lack of funding in the community legal services sector means CLCs have to turn away thousands of people who need their assistance
– 34,000 in NSW in the last financial year alone. This shifts costs and pressure to the police and the court system.

The Law Society president called on the federal government to follow NSW’s lead, and take a compassionate and pragmatic approach to CLC funding across Australia.

This sentiment was prevalent at the Sixth National Access to Justice & Pro Bono Conference, held in Adelaide in late March.

“Scheduled funding cuts to community legal centres will amount to a loss of $35 million between 2017 and 2020,” she said.

“That’s a 30 per cent cut to Commonwealth funding for services that are already chronically under-resourced.

“The Productivity Commission has called for an extra $200 million for legal assistance because research shows these problems cost the economy long-term. Legal problems are a lot like medical problems: without prompt attention, they tend to get much worse.”

The $6 million rescue package in NSW will go only a little way towards addressing the overall problem, and the fact that an emergency measure like this is required at all is a telling indicator of the ongoing funding issues in community legal services. However, the package is a welcome relief for the state’s CLCs.

“I sincerely thank the new Attorney-General of NSW [for] coming to the rescue and [for] his government’s continued advocacy at the federal level to halt these proposed funding cuts to community legal centres,” Ms Wright said.

“As a regionally based solicitor for almost two decades, I’m particularly concerned about how proposed federal funding cuts will impact on rural and remote communities and Indigenous people throughout our state.”